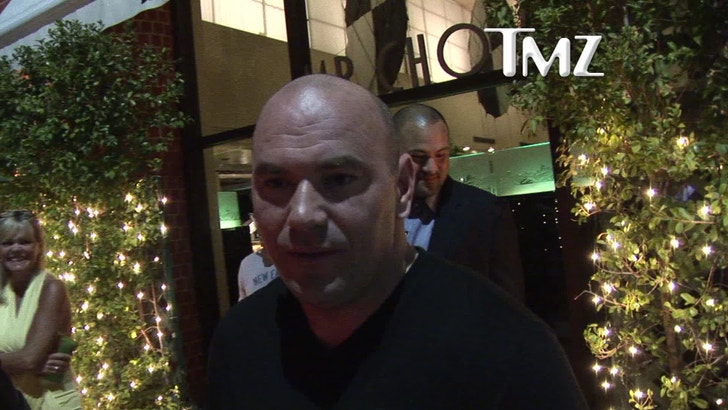 UFC president Dana White doesn't think a guy with a prosthetic limb can compete in UFC -- a la Olympic sprinter Oscar Pistorius -- but he does think it's time for his sport to become an Olympic one.

Last night outside Mr. Chow, White talked about whether or not an amputee could make it in the UFC ... since Nick Newell, who has no left hand, is undefeated in the XFC and South African sprinter Pistorius, a double amputee, competed in the Olympics.

White wasn't sure that could happen ... but he did make his case to make UFC an Olympic sport.