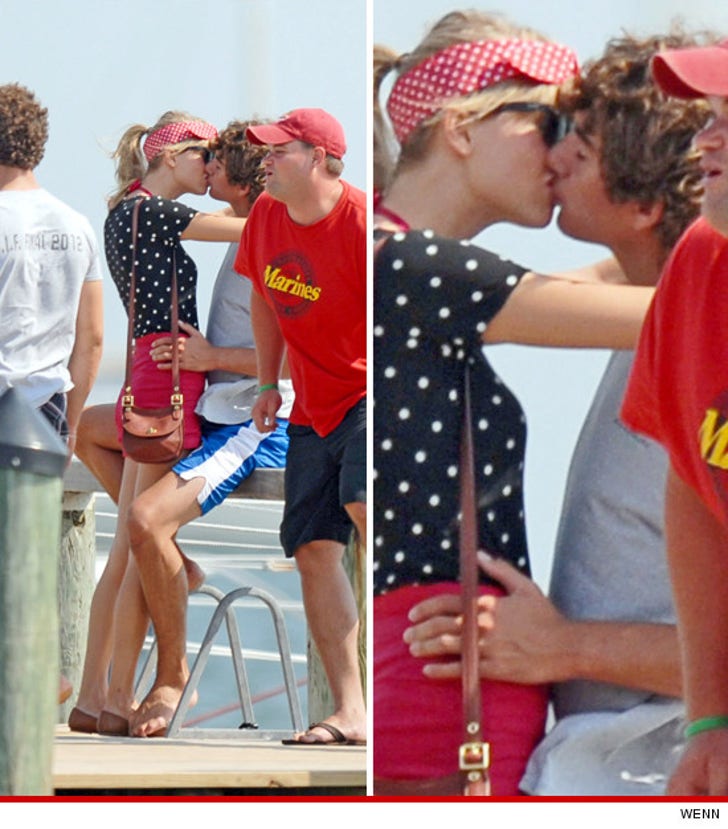 It's a love story ... and now, it's PHYSICAL -- with Taylor Swift and her 18-year-old boyfriend Conor Kennedy locking lips in a passionate kiss earlier today in Massachusetts.

22-year-old Taylor and Conor have been dating for the last few months -- but this makes it official ... because it's the first time they've been seen kissing in public.

FYI -- Conor is the son of Robert Kennedy Jr. and the late Mary Kennedy. He is also Patrick Schwarzenegger's second cousin.