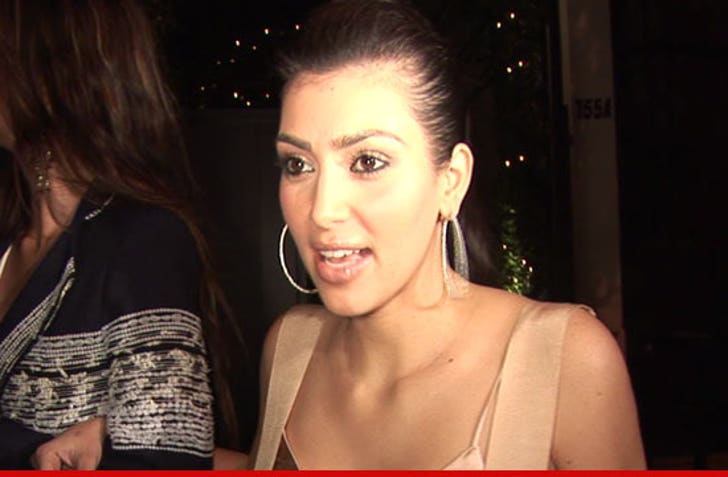 A dentist is needling Kim Kardashian with a vengeance -- going after the reality star over a decade-old bill that was never paid ... but Kim says it's all BS.

The dentist is some guy named Craig Gordon -- who obtained a judgment against Kim and her ex-husband Damon Thomas back in 2002 ... for procedures totaling $1,675.73.

According to Gordon, the bill went unpaid ever since -- swelling to $3,320.48 -- and now, he's filed a lien on anything Kim recovers from her divorce from Kris Humphries in order to satisfy the debt.

It's a pretty weird move -- considering Kim makes way more than Kris, and is extremely unlikely to make a cent off the divorce ... so the guy's probably wasting his time.

What's more -- sources close to Kim tell us, she has nothing to do with the bill ... and has never even used Gordon's services. It was all her ex-husband's doing.

We're told Kim has no intention of paying Gordon a dime. Calls to Kim's ex were not returned.