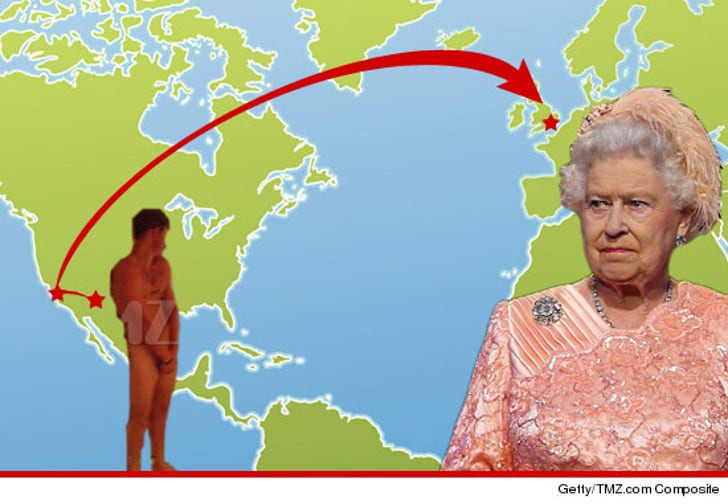 Prince Harry has just returned to the motherland, and he's got some serious 'splaining to do to one pissed off Queen.

Harry flew from Los Angeles to England last night, hours after TMZ posted pics of the prince buck naked during a strip billiards party in Vegas.

Passengers on the flight tell TMZ ... Harry did not mingle on board ... he stayed in the upstairs cabin of the 747.

We contacted people at Buckingham Palace on Tuesday night, and they could not have been clearer ... they're none too pleased with Harry and his Sin City escapades. 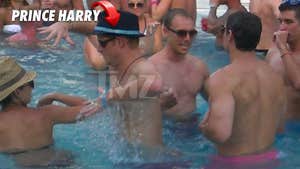