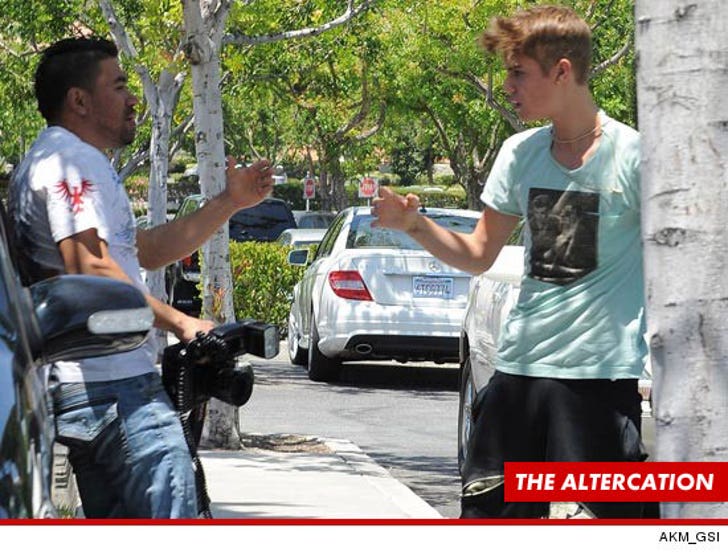 Cops want to chitchat with Justin Bieber and Selena Gomez about an alleged brawl with a photog back in May ... TMZ has learned.

TMZ broke the story, Bieber and the pap got into it as JB and Selena were leaving a movie at the Calabasas Commons. The photog called the cops, but Justin and Selena had split by the time they arrived.

The police file went to the D.A. for review in June -- but law enforcement sources tell TMZ, the D.A. has since kicked it back ... asking for more info.

Topping the to-do list ... an interview with Bieber and Gomez.

So far, cops have not made contact with the two singers -- but they plan to very shortly.

Sources close to Jusin tell us, the singer will happily yak it up with cops. Selena's people could not be reached for comment.