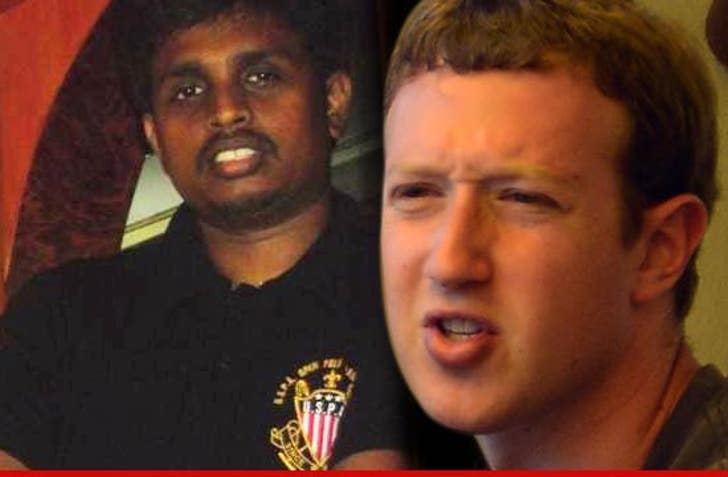 Mark Zuckerberg's alleged stalker -- who had to leave the U.S. last year -- is now trying to turn the tables with a defamation lawsuit which claims Zuck tried to have him killed.

As TMZ first reported, Zuckerberg obtained a restraining order against Pradeep Manukonda back in February 2011, after Manukonda allegedly sent Zuck threatening messages, and showed up at his home. Manukonda eventually agreed to return to his native India.

Now Manukonda has filed suit in an Indian court against Zuckerberg and a local politician -- claiming they're responsible for multiple attacks against him ... including one where he was "stabbed from the back side."

In the suit, Manukonda also accuses Zuckerberg of making a fake Facebook page (see below) that says he's a member of al-Qaeda. 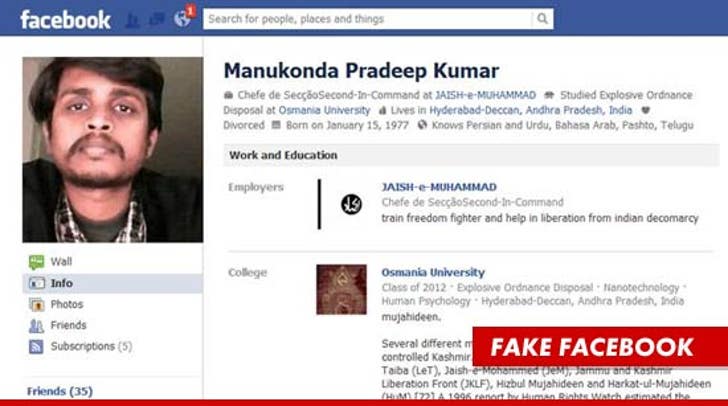 Shockingly, a judge issued a court order back in February barring Zuckerberg from doing anything that damages Manukonda's reputation.

The whole case sounds far-fetched, but Pradeep says a hearing is scheduled next week in India. 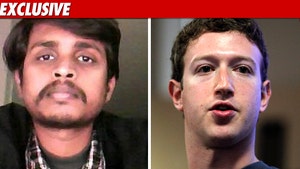 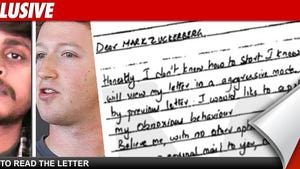 Zuckerberg Stalker's Plea -- 'SAVE MY MOTHER' 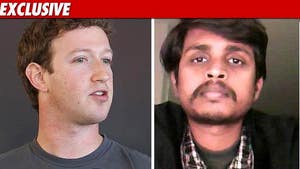