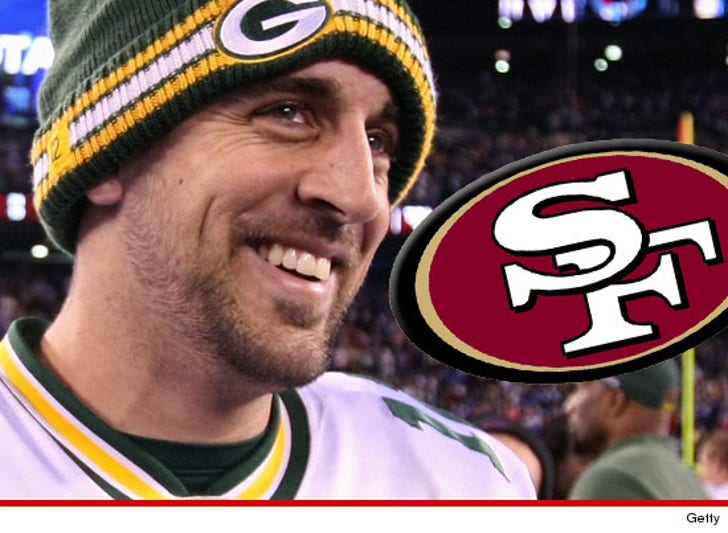 Green Bay Packers QB Aaron Rodgers has agreed to a deal that could land him in a 49ers jersey on Monday morning ... and it's all thanks to the guys from Boyz II Men.

TMZ has learned ... Rodgers and the R&B legends are actually friends ... and recently, Aaron asked the guys if they would sing the National Anthem at the season opener at Lambeau Field on Sunday.

But before the guys would agree to sing, Nathan Morris (the guy with the deep voice) had one MAJOR demand.

Turns out, Morris is a bigtime 49ers fan ... and proposed a friendly bet to the QB -- if SF wins, Rodgers MUST WEAR an Alex Smith 49ers jersey for the remainder of the week.

If GB wins, Morris has agreed to wear a Rodgers jersey.

A rep for the band confirms ... Aaron accepted the challenge and Boyz II Men agreed to perform at the game.

The stakes are pretty damn high for Rodgers -- considering SF passed on Aaron in the 2005 NFL Draft so they could pick up Alex Smith.

Plus, the Niners and the Pack are both considered NFC favorites this season.