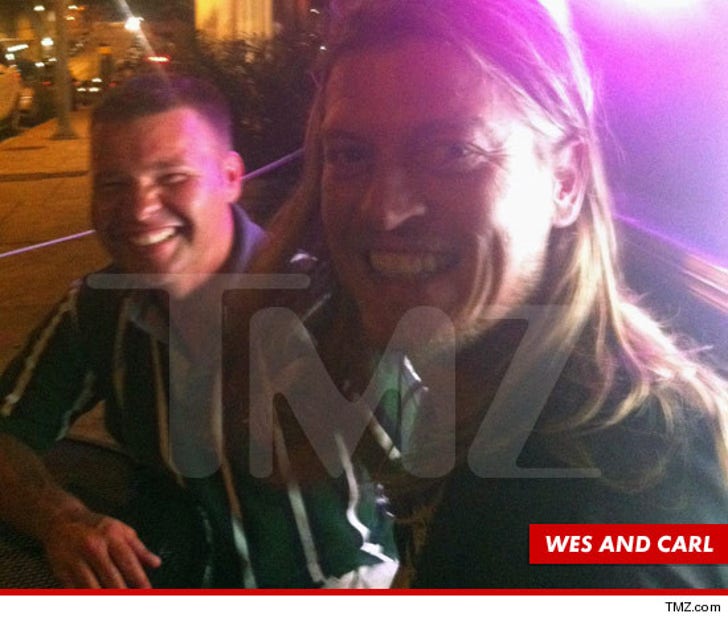 When Puddle of Mudd singer Wes Scantlin bailed out of jail after his crazy plane arrest ... he was stranded with no useable phone and nowhere to go ... until a fan drove by and saved his butt.

TMZ spoke with a guy named Carl Fant -- who says he saw Wes leaving the jail in Austin, Texas on Wednesday and recognized him as the famous POM singer.

Fant tells us ... Scantlin looked like he needed some help, "He wasn't sure where to go and his phone was dead." Carl says he offered up his own cellphone so the singer could call his assistant in L.A.

The good deeds didn't stop there ... Carl took Scantlin to get some grub, find a hotel to crash in and then afterwards took him sightseeing, which turned into "a nice, sober night" on the town.

So why help a guy who had just been arrested for allegedly being an in-flight drunken menace?

Carl says, "I got laid off back in May ... so I know what it's like to have a bad day and need a little assistance." 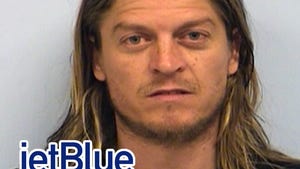