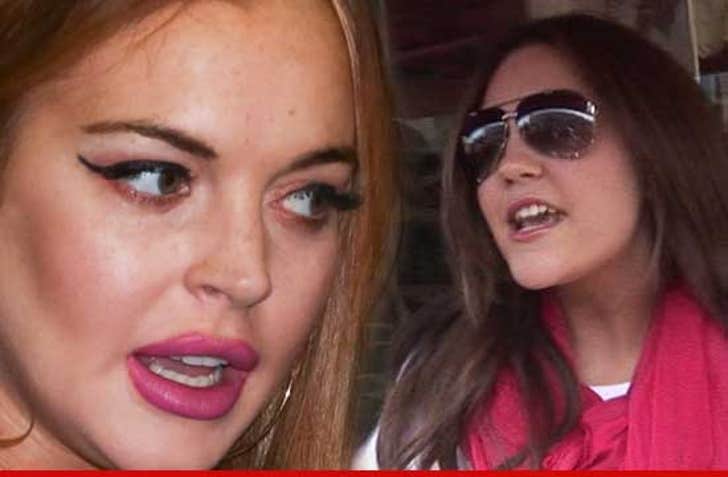 Lindsay Lohan wants to know why Amanda Bynes isn't behind bars -- tweeting, "Why did I get put in jail and a nickelodeon star has had NO punishment(s) so far?" 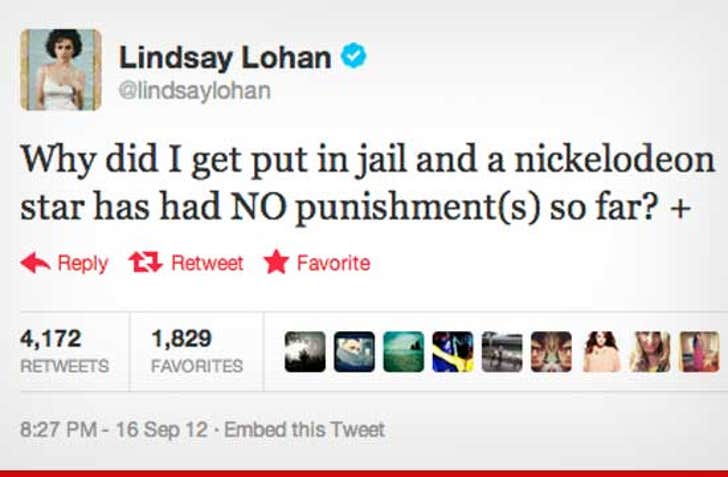 Pretty amazing ... coming from a woman who has been charged with multiple crimes, violated her probation countless times -- even told the judge f you with her fingernails -- and still skated almost all of the time.

There are two ways you can interpret the tweet -- either Lindsay thinks her own punishment was UNFAIR ... and she should never had gone to jail in the first place.

OR ... she thinks her punishment WAS FAIR ... and Amanda Bynes should be locked up, too.

For the record, Lindsay went to jail after she violated her probation stemming from a DUI conviction.

Bynes, on the other hand, has been arrested for DUI ... but hasn't been convicted.

The convicted necklace thief posted a second tweet ... saying, "These are the moments that I appreciate my life experiences, living without regrets and Disney for supporting me as an actress-night all*"