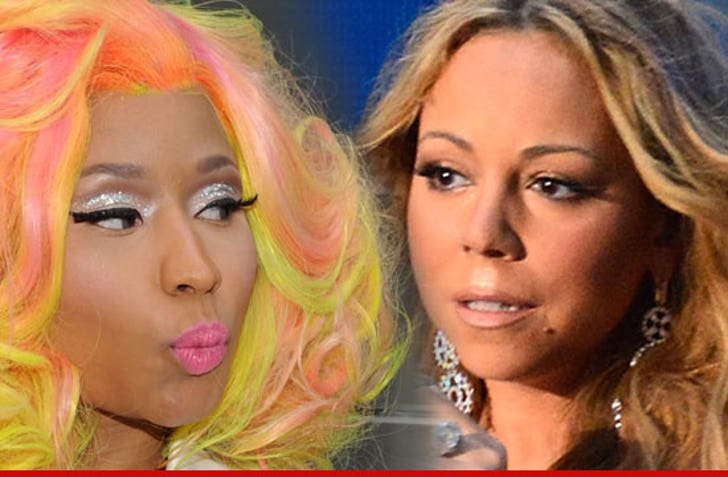 Nigel Lythgoe tells TMZ, "The statement [that Nicki made a death threat] is absolute rubbish. It's absolutely not true in any way, shape or form." Nigel adds that Mariah confronted Nicki this morning and asked if she made the death threat and Nicki said absolutely not. Nigel says Mariah's people are stirring the pot and gave her bad info.

Nicki Minaj's rant on the "American Idol" set Tuesday went way beyond name-calling ... she threatened Mariah Carey's life -- this according to sources connected to the production.

Our sources say ... in the heat of the argument, Nicki said, "If I had a gun I would shoot her."

The alleged threat was not captured on the video obtained by TMZ. But this is interesting ... if you listen to the audio closely, 11 seconds in you hear Nicki say to Mariah, "Off with your head! Off with your head!."

A source close to Nicki says the singer calls B.S. on the death threat allegation. 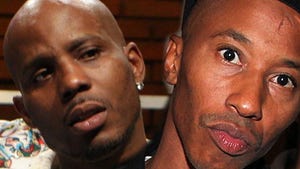 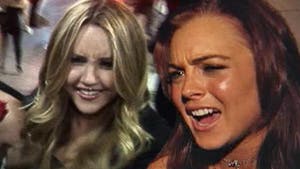 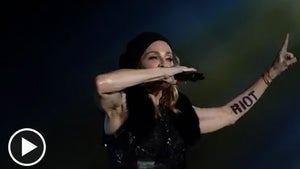