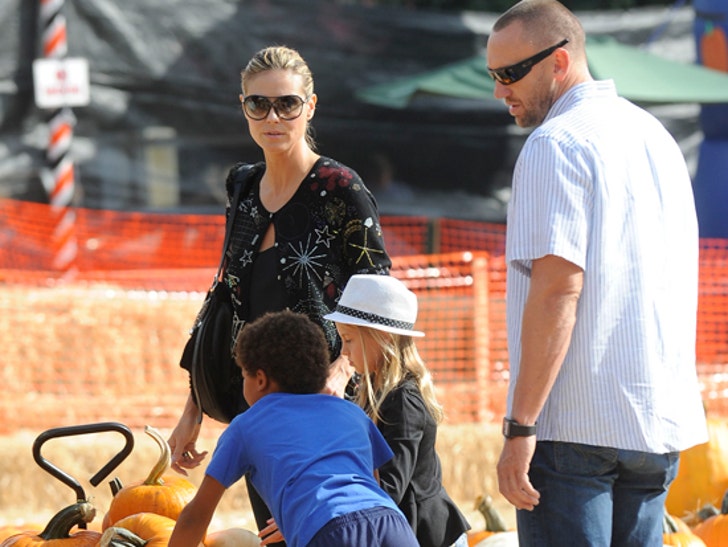 Heidi Klum wanted to make some kind of statement for sure -- aside from the fact that her kids wanted a bunch of pumpkins -- because she hit up the L.A. pumpkin patch Saturday riddled with paparazzi.

Klum's boyfriend/former bodyguard Martin Kristen kept a watchful eye on the kids as they loaded the cart with the moniker of Halloween.

Could it be a message to Seal -- that she's just fine without him? Or is it just a plain ol' pumpkin thing?