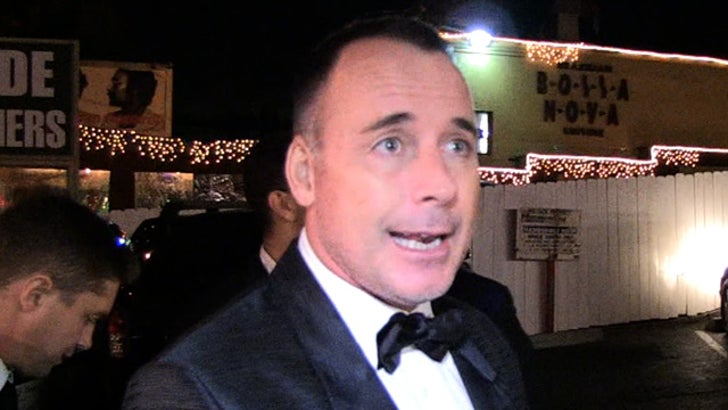 Might be a good time to check for airborne swine ... because Elton John's husband has finally stopped TRASHING Madonna ... and has begun to sing her praises.

Of course, David Furnish fired some nasty shots at Madge back in January she beat out Elton for Best Original Song at the Golden Globes -- calling the singer desperate and narcissistic

But on his way out of the Abbey in West Hollywood last night, Furnish insisted there's no more bad blood between the two ... telling the paps, "I think she's a great artist ... she's an inspiration to all of us."

When pressed about the sincerity of his comments -- Furnish said, "Seriously ... I love her."