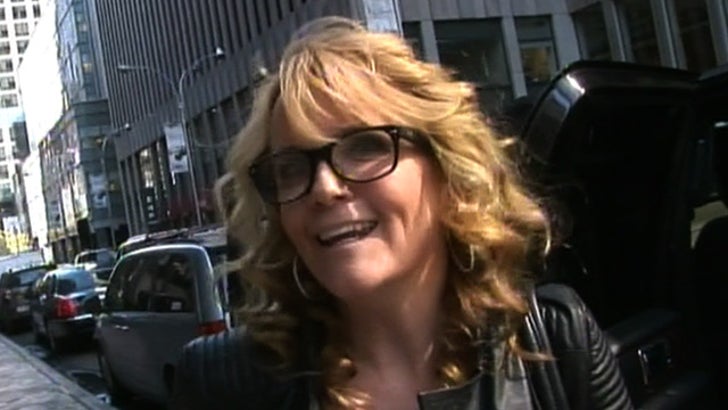 It's widely regarded as the WORST MOVIE OF ALL TIME -- and even Lea Thompson, star of the 1986 catastrophe, agrees ... "Howard the Duck" was a steaming pile of animatronic crap.

The 51-year-old actress was out in NYC yesterday when we asked about the cult classic -- and she bit her tongue, telling TMZ, "I'm happy that people like it, but I don't think it was a great movie."

No kidding, it won the 1987 Razzie Award for Worst Picture ... and critics PANNED the George Lucas-produced movie for years thereafter.

Then again, Lea did that incredible underwear scene...