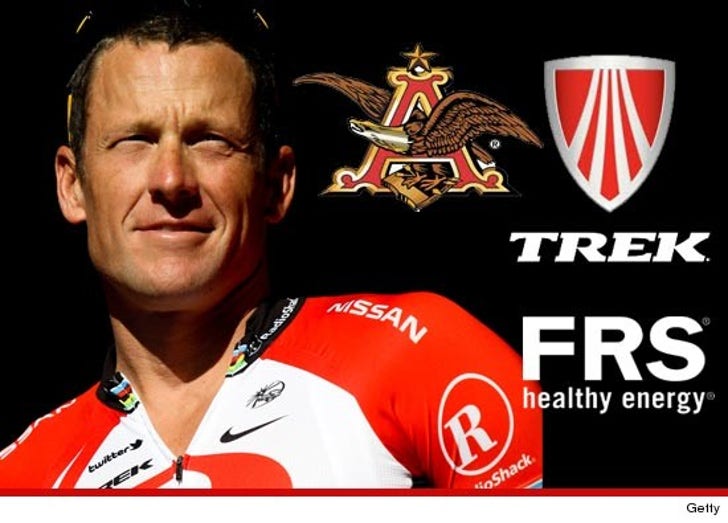 Trek Bicycles has officially ended their deal with Armstrong ... ditto for the FRS energy drink company. Anheuser-Busch has also announced it will NOT renew Lance's deal to endorse its Michelob Ultra line when it expires at the end of the year.

Of course, Lance was already fired by Nike this morning -- and hours later, his bike helmet company followed suit.