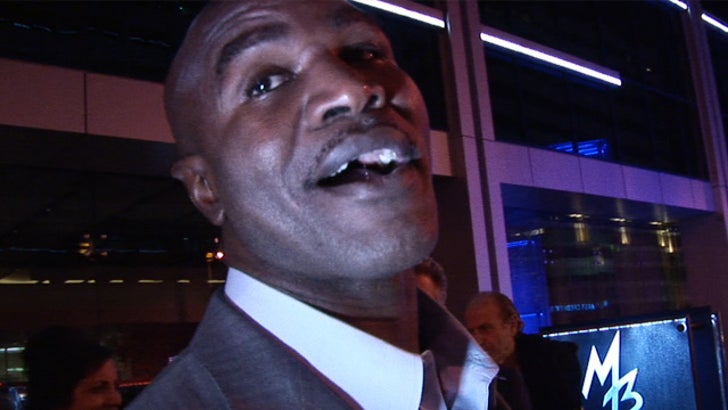 Evander Holyfield is the Brett Favre of boxing ... minus the self-penis pics ... 'cause less than 2 weeks after telling TMZ he was retiring, Evander says he's changed his mind.

The 50-year-old boxer was leaving Boa in Hollywood this weekend when he made it clear ... he was just confused when he called it quits earlier this month ... and says he WILL fight again.

In fact, Holyfield says he still believes he's a serious contender for the title.

When asked how many more years he has left in the sport, Evander responded, "I don't know ... one day at a time."

FYI -- the oldest fighter to ever win the world Heavyweight Championship is George Foreman ... but he was 45 at the time.