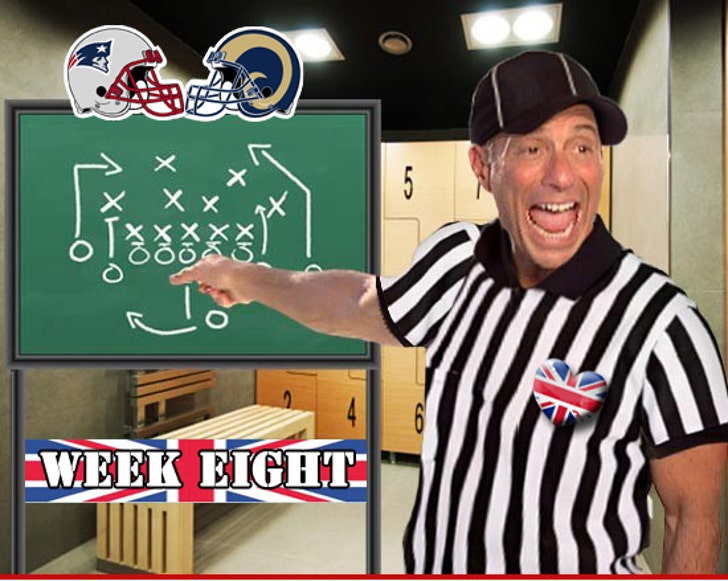 Once again, Harvey Levin is desperate for a win ... because he wants everyone in the office to stop making fun of him for his crappy record (3-4) ... and he'll get his chance for redemption in our Week 8 matchup ... Patriots vs. Rams.

For the record, the game is taking place in London this weekend ... which clearly had an impact on Harvey's pick.

"Weather will be a factor ... and New England is closer to London than St. Louis ... and London weather is going to seem mild compared to Frankenstorm ... so on that basis, Patriots have the advantage."

"Secondly, I've already lost by betting against Tom Brady ... and I don't consider myself stupid."

"Third ... the St. Louis Rams have never gelled with me. I liked them when they were the L.A. Rams ... I liked Rosie Grier ... I liked Roman Gabriel ... I also liked the Colleseum, where I saw Bruce Springsteen's 'Born in the USA' concert ... Best concert I've ever seen."

"The food in London ... I think it will not be an issue because it's better than the wrap it gets. It's actually delicious now, which makes you wonder why they still have a teeth problem ... but I guess that's a fluoride thing."