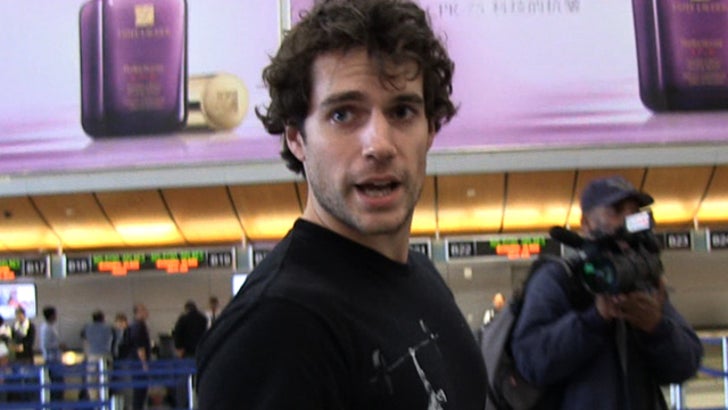 Henry Cavill is confident ... his Britishness WILL NOT get in the way of his portrayal of Superman in the upcoming "Man of Steel" movie.

Of course, Superman is considered the greatest American superhero of all time ... sorry Batman, Iron Man, Spider-Man, etc. ... and Cavill will be the first non-Yank to play the role.

So when we asked the 29-year-old if he was intimidated by the challenge, he insisted he wasn't fazed in the least.

In fact, he even said he would support an American actor playing James Bond ... as long as that person has the chops.

And if you don't care about Superman ... watch the clip anyway, 'cause Henry is really, really good looking.