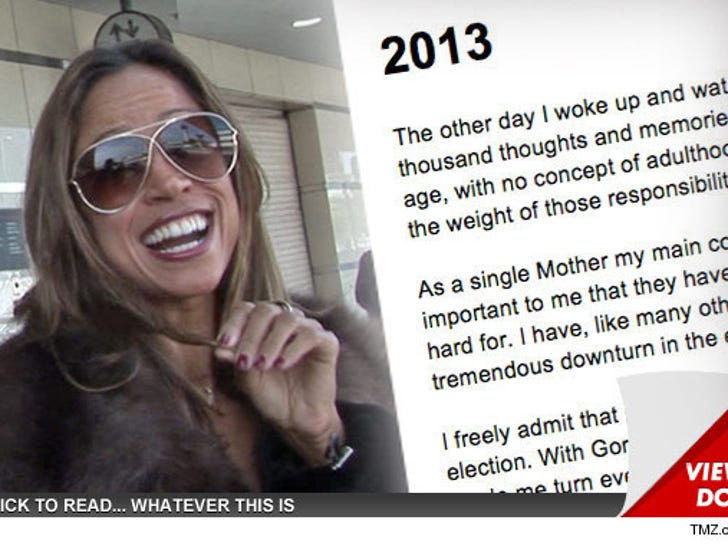 Stacey Dash is really bummed out that Mitt Romney is NOT the next President of These United States ... and we know she's bummed out because she sent us a 1,344 word essay about it.

In her statement, Dash touches on sleeping, hanging chads, her baby, her DNA, Osama Bin Laden ... and she also refers to herself in the 3rd person.

As we previously reported, Dash took a whole lotta heat for being one of the only black people in Hollywood to not support Barack Obama.

But at the end of her paper, Dash does say, "I am hopeful that President Obama will lead us to becoming the great United States of America that thrives."

Stacey Dash everyone ... she was in "Clueless" once.