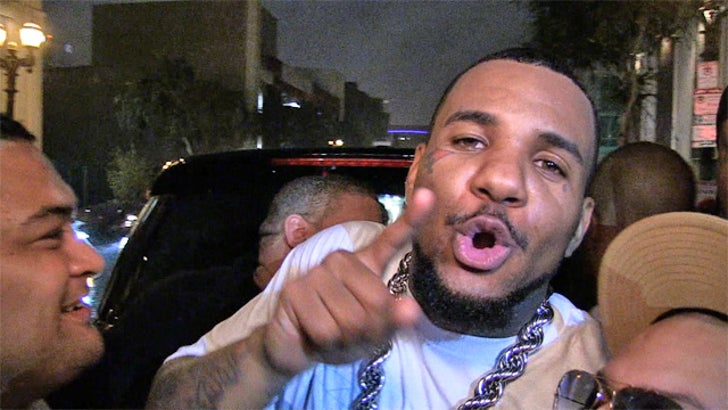 The Game got a birthday present last night in Hollywood from the police ... in the form of a ticket for having tinted windows and no license plate. Just what he always wanted!

The outspoken rapper bitched about the ticket on his way into the Roxbury -- and then on his way out, he told our photog he plans on getting EVERYBODY in his crew a Rolex for Christmas. Take that, Oprah!

Given the outlandish promise ... along with the fact his sweater magically disappeared AND he's on the street holding a bottle of champagne ... it's a good thing cops busted him before the club and not after. 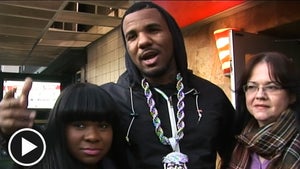