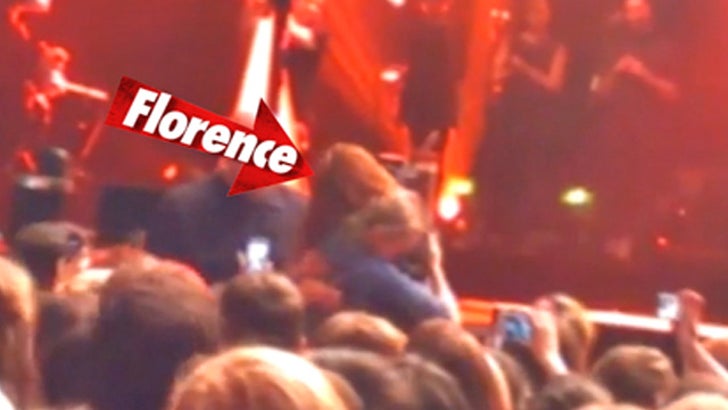 RULE #1 of attending a Florence + the Machine concert: NO FIGHTING ALLOWED ... 'cause lead singer Florence Welch will scold your ass in front of the entire audience ... with her adorable English accent.

The footage was shot in Aberdeen, Scotland Sunday night ... Florence and her band were halfway through a song at the AECC arena when a fight broke out near the stage (starts at 1:20 in the video).

Rather than sing through the ruckus ... Florence stopped the show entirely to give the troublemakers a lesson in manners, saying, "No fighting allowed ... It doesn't matter whose fault it is ... seriously all of you, STOP IT."

The culprits apparently dropped their gloves ... and Florence -- who noticed a female fan had started crying during the melee -- jumped into the crowd to give her a hug.

Those Brits. Always so polite. 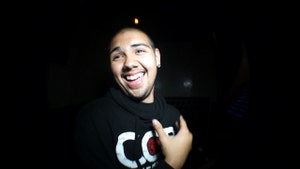 The Game's Fallen Fan -- I Was Tired, Dehydrated ... and HOT AS HELL 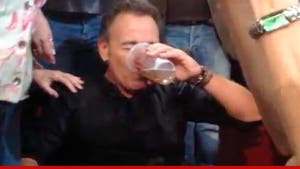