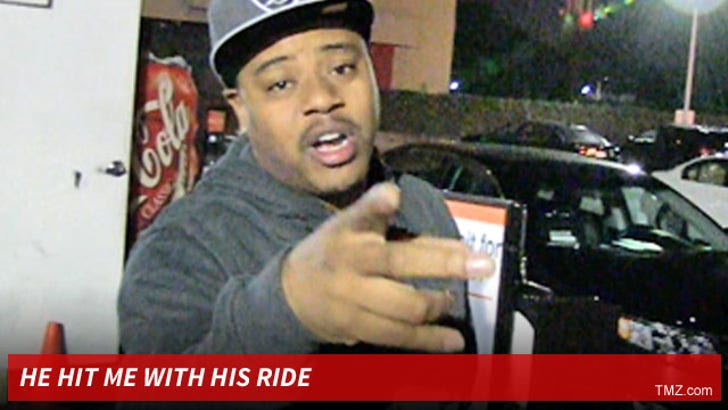 A guy who claims Suge Knight hit him with his car last night when he peeled out of a Hollywood parking lot could barely walk afterward ... and he blames Katt Williams for the whole thing.

As TMZ first reported, Suge and Katt were involved in a massive brawl last night outside of Eden nightclub in Hollywood. When the dust settled, Suge sped out of the parking lot and nearly ran over several people.

TMZ caught with up a guy who says he was hit by Suge ... and had the limp to prove it. The guy didn't seem upset with Suge, but he was PISSED OFF at Katt, telling us, "Katt Williams is a punk. You talk sh*t and run? You a punk ... You taking all that sh*t, and you talk about you all that, and you run? Because of you, I got hit by the car!"

The guy also says he wants Katt to pay his medical bills ... but we don't think he should wait by the phone. 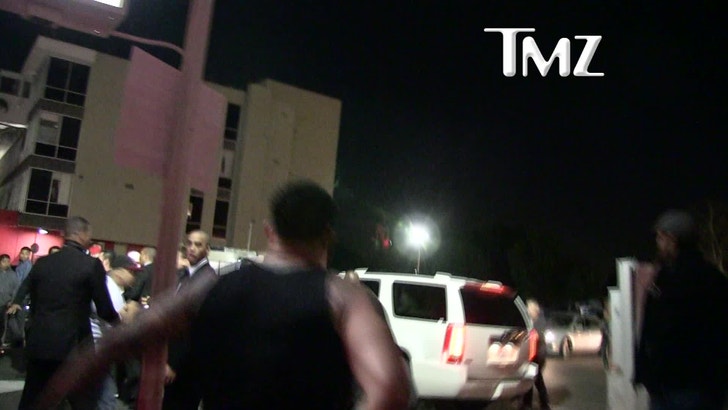