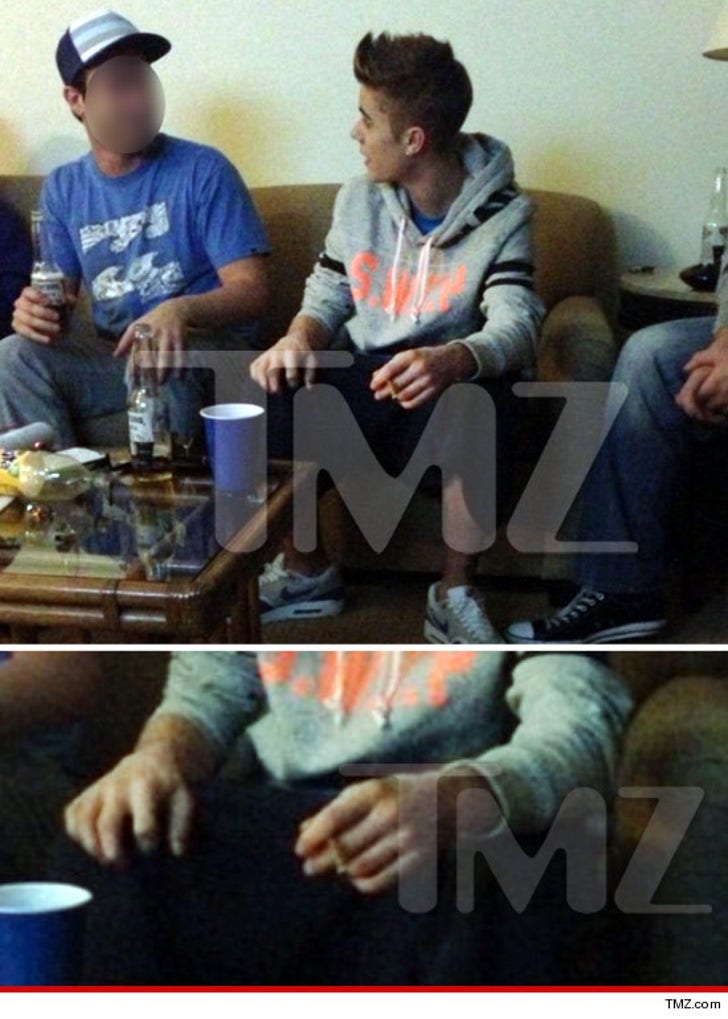 Justin Bieber kicked off the new year on a real high note -- clutching a smoldering blunt at a big party inside a Newport Beach hotel room this week ... and TMZ has the photos.

The pics were snapped on January 2nd -- the day after a paparazzo was killed while trying to take photos of Bieber's Ferrari -- and it's pretty obvious ... Bieber wasn't feeling too bad about the whole situation. 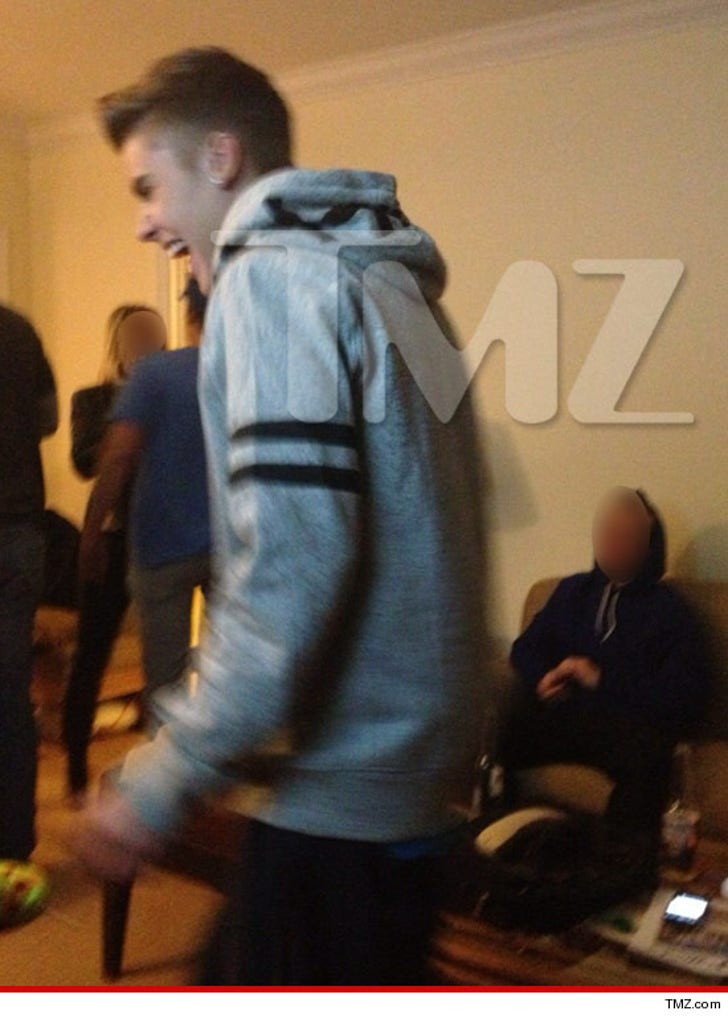 Sources at the party tell TMZ, Bieber's BFF Lil Twist was there too -- the 19-year-old rapper who was driving the Biebs' Ferrari at the time the paparazzo was killed.

According to sources, Twist and his brother were rolling all the blunts and smoking everyone up ... and there was a LOT of pot smoke. 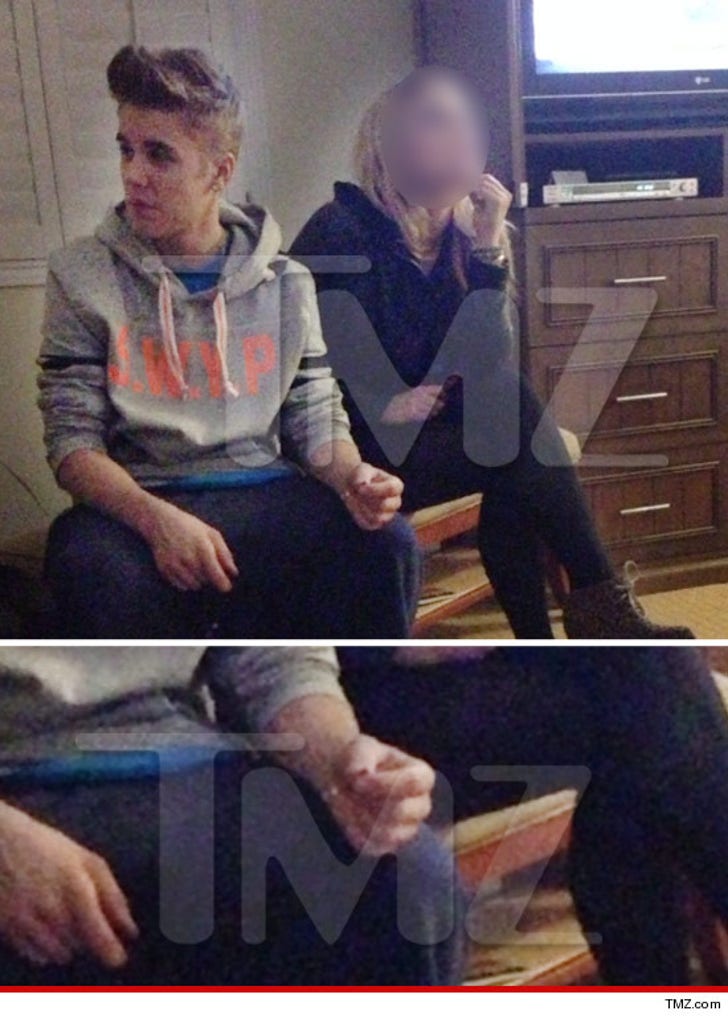 It's pretty ironic -- considering sources close to Bieber were insistent ... the photog who was killed lied when he said Justin was smoking weed hours before the fatal accident.

And there's this -- we're told Bieber had security present ... but no one seemed to mind that people were snapping photos.

As for talking points -- sources tell us Bieber was chatting it up about how tired he was because he'd been staying up late recently. Shockingly, we're told the conversation eventually turned to late night fast food ... and where they could get it.

We're told a girl also crashed in the hotel room with Justin -- NOT Selena. It's unclear if they hooked up.