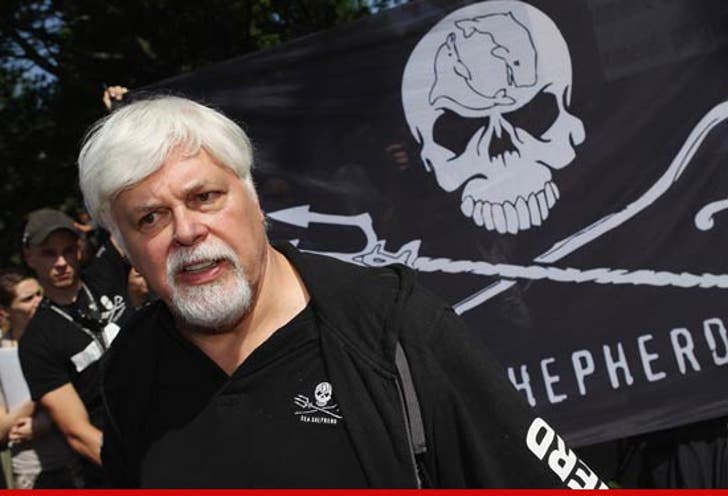 The star of the reality show "Whale Wars" LIED about the fate of the show's most famous ship ... falsely telling the media it sank due to a crash with Japanese whalers, when in fact he secretly SABOTAGED the boat himself for publicity ... this according to a new lawsuit.

Paul Watson (above) -- founder of the Sea Shepherd Conservation Society -- has been sued by Ady Gil ... who claims he owned the famous Ady Gil ship featured on "Whale Wars." Gil claims he let Watson's organization use his boat, so long as they took care of it.

In his suit, filed yesterday in L.A. County Superior Court, Gil says his vessel was rammed by a Japanese whaling ship in 2010 ... and suffered damage to the nose ... but the damage was repairable.

According to Gil, Watson saw the collision as an opportunity to spin the incident into a major publicity and money maker for his organization ... so instead of towing the boat to port for repairs, he secretly gave an order to sink the ship "under the cover of darkness" ... and blamed the Japanese.

Gil claims Watson knew that blaming the whalers for the destruction of his ship would garner sympathy for his cause and spark outrage against the whalers ... inspiring more people to donate to his anti-whaling organization.

Gil is now demanding more than $5 MILLION in damages ... claiming Watson failed in his promise to do everything possible to keep the Ady Gil from sinking.

FYI -- Watson resigned from his position as the President of the Sea Shepherd society yesterday in the wake of other legal issues facing the organization.

So far, no comment from either Watson or the Society. 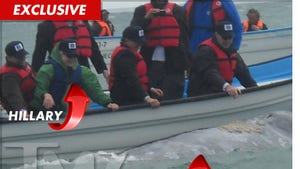