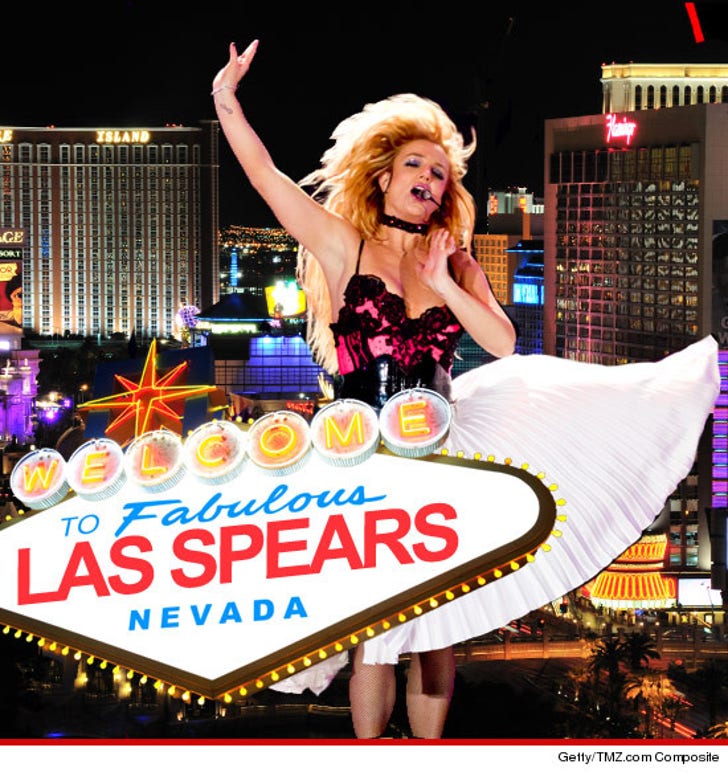 Britney Spears' team has almost locked an enormously lucrative deal which will make her a fortune in return for appearing in Las Vegas ... TMZ has learned.

TMZ broke the story ... Britney is seriously considering picking up stakes and making her residency Las Vegas -- something just made easier after her split with fiance Jason Trawick. She's been negotiating with one of the Caesar group properties to appear in a Celine Dion-type show.

Sources connected to the negotiations tell us ... from Brit's standpoint, "The deal is a go. There are several stipulations that could throw a monkey wrench in the deal, but it's basically done."

One of the outstanding issues -- exactly what Britney will be doing. There's back-and-forth over whether she will just perform on stage at a big theater multiple nights a week, or whether she will also make appearances at functions in the hotels, nightclubs and pool day clubs.

Our sources say the money being negotiated is "astronomical" -- more than Celine's $100 mil a year.