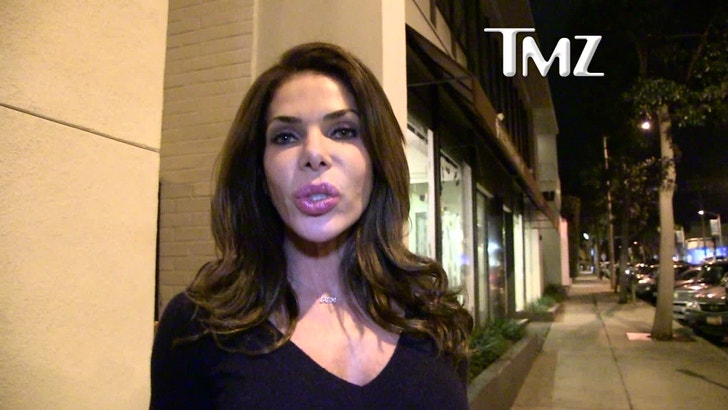 The star of "Plastic Wives" -- a new reality show about the wives of plastic surgeons who pride themselves on FREE nips and tucks -- says the only way to keep up in L.A. is to go under the knife ... and firmly believes there's NOTHING wrong with that.

Frances Marques -- one of four women featured on TLC's new show -- was out in L.A. Thursday night and we asked all about her controversial new show and her various procedures ... we're talkin' butt implants, lip reconstruction (NOT on your mouth), botox, liposuction ... the list goes on.

Frances tells TMZ ... plastic surgery shouldn't be seen as a taboo thing, because "everybody has everything done" -- and it's nothing to be ashamed of.

She explains, "Upkeep is important, especially in Los Angeles ... Everybody that's beautiful around the nation comes here, to be somebody. So we're competing with these gorgeous women. So we wanna keep it up. What's wrong with that?"