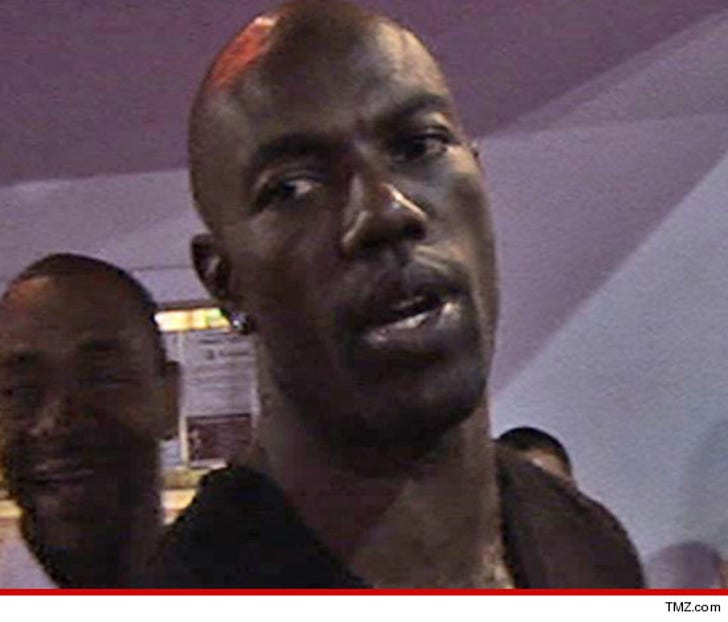 Terrell Owens was confronted by the LAPD around 4:30 AM Friday morning ... after cops got a call that he'd been banging on a woman's door for roughly 3 hours and refused to leave ... TMZ has learned.

Owens was NOT arrested ... but according to law enforcement sources, the woman who lives in the home says she couldn't get the guy to go away after she made it clear he wasn't welcome.

When cops arrived to the scene, the woman told police she was not afraid for her safety ... she just wanted him off the property ASAP.

Cops passed the message along to the ex-NFL star ... who obliged ... and just like that, the crisis was over.