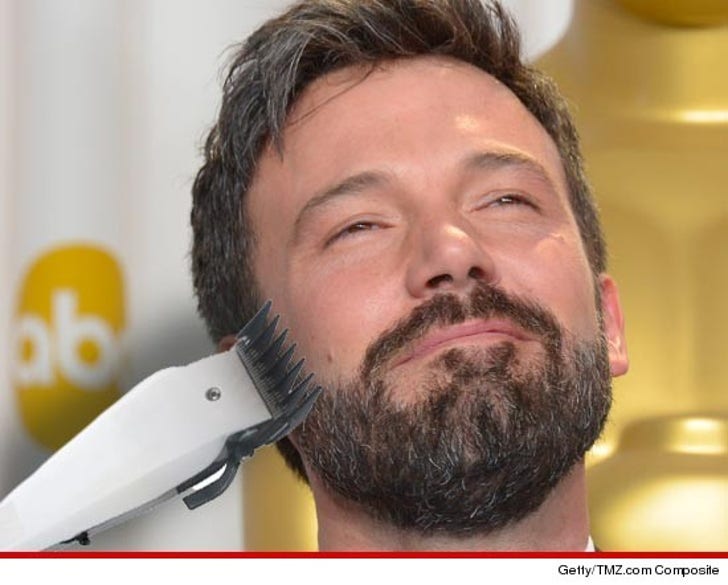 Ben Affleck shaved his beard hours after winning the Oscar for Best Picture ... TMZ has learned.

The beard must have been Ben's good luck charm, because he jettisoned it at the "Argo" after-party at Craig's restaurant ... in the hallway right outside the bathroom. As for why he shaved in the hallway ... it had a convenient plug.

We're told a bunch of people took a whack at the beard.

As for why Ben felt the beard was good luck ... we're told Ben had facial hair when he re-emerged as a major Hollywood player.

How long till eBay?