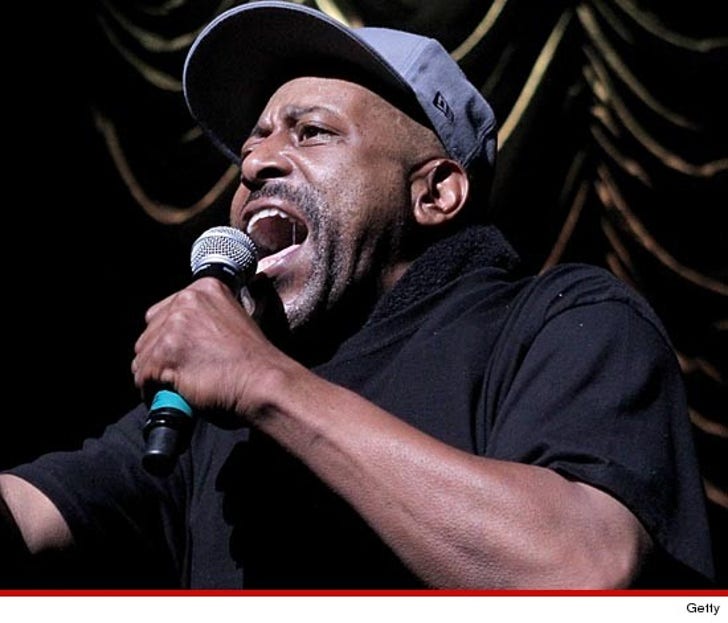 A Tone Loc concert was cut short last night after the rapper suffered from an apparent seizure on stage ... and it's FAR from the first time it's happened.

According to various reports, Loc had finished a song during his show in Des Moines, IA when he collapsed. The Des Moines Register says Loc was attended to for five minutes on stage before the audience was asked to leave.

It is unclear what his condition is now.

This isn't the first time Loc has taken a nose-dive mid-concert. In 2009 he was rushed to a Florida hospital after collapsing on stage and in 2011 he was hospitalized in Atlanta for exhaustion after another mid-rap fall.

Then in June 2012 he collapsed on stage from his manager said was heat exhaustion. And in August 2012 he suffered from an apparent seizure while watching a comedy show. His manager attributed that episode to food poisoning.

Loc once told police who suspected him of DUI that he simply had a seizure behind the wheel.