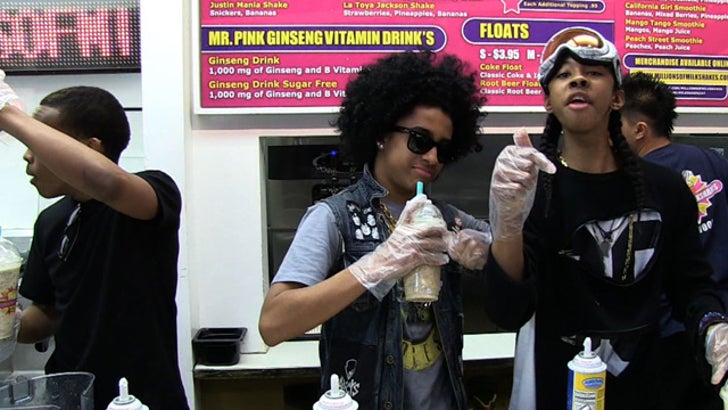 There's a boy band war brewing between Mindless Behavior and One Direction ... and MB has fired the first shot, claiming 1D is second rate because they're LAME DANCERS.

The guys of Mindless Behavior were at Millions of Milkshakes in West Hollywood over the weekend when we asked who's better ... MB or 1D ... and shocker, they said MB.