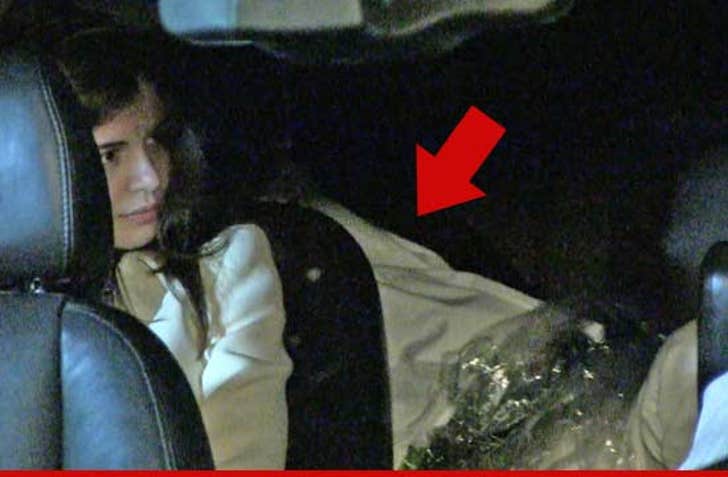 Lindsay Lohan says everyone jumped the gun by saying she went to a Hollywood nightclub just hours after being sentenced to lockdown rehab.

You saw the photo ... LiLo allegedly arriving at AV nightclub Monday night, shrouded in a sheet, inside the back of an SUV emblazoned with the Mr. Pink Energy Drink logo.

Lindsay just tweeted, "Guys relax, that was NOT me at AV or in the @Mr. Pink SUV. I'm taking this seriously and focused on the road ahead."

BTW -- Mr. Pink is the company that foot the bill for the private jet LiLo flew to L.A. late Sunday night. We're told LiLo obligated herself to attend events at clubs on Pink's behalf to pay off the debt.

But Lindsay says she was a homebody Monday night: "I stayed in last night, after a pretty long day ... and ordered sushi to my hotel."

And there's this: "Don't believe EVERY little thing you hear, unless you hear it from me. The support I have gotten, has been great and means a lot."

On the other hand, she also said she wasn't driving the Porsche. 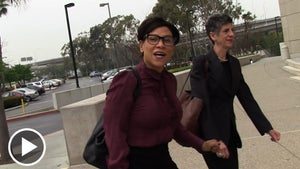 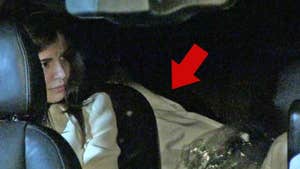 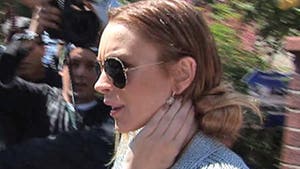