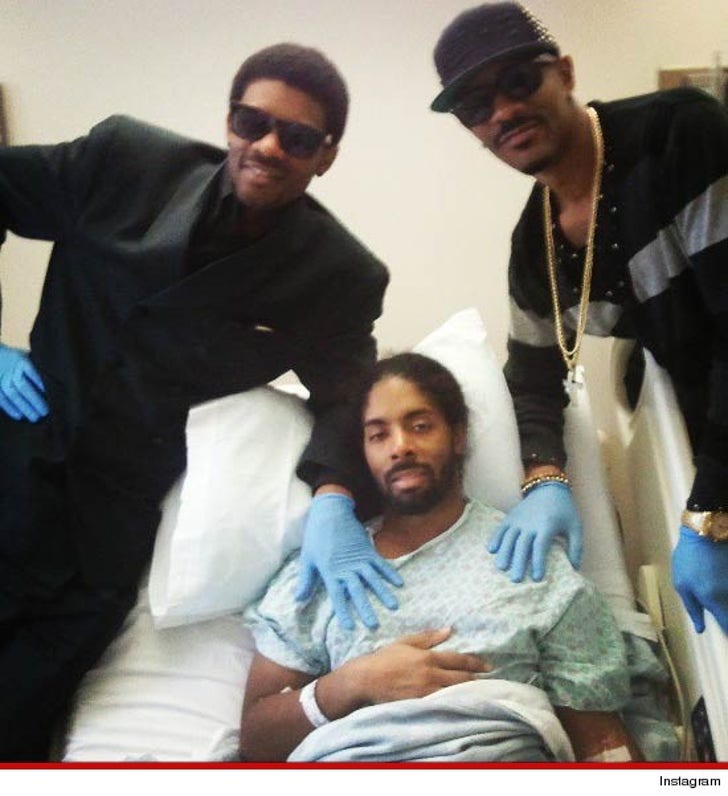 The star of VH1's "Real Chance of Love" -- who was diagnosed with stage four colon cancer -- will begin intense chemo treatments this week in order to fight off the disease ... TMZ has learned.

A rep for Ahmad Givens -- who goes by Real -- tells TMZ that the reality star met with doctors Thursday at Cedars-Sinai in Los Angeles. The docs advised him to begin oral chemotherapy -- which is chemo taken in the form of a pill rather than an IV -- ASAP. The entire process is likely to take at least two years.

The rep tells us Real is raising money to cover the staggering medical bills -- claiming his insurance will only foot about 40% of the costs.

We're told Real's devastated by the news, but staying strong for his family. And wants to do everything in his power to get better.