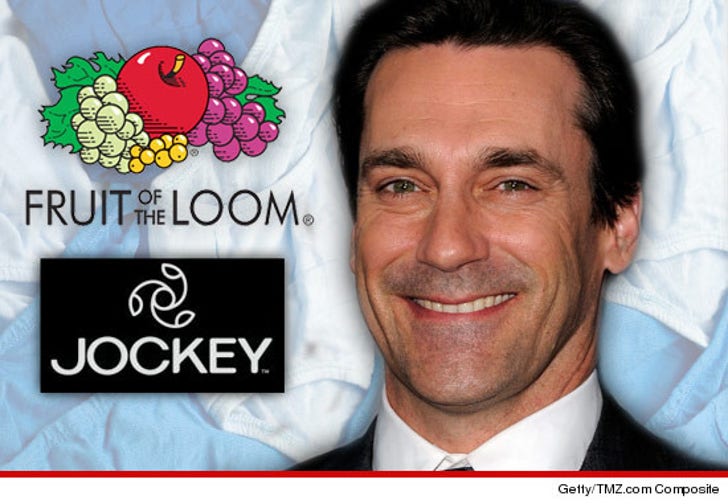 There's a mad scramble under way to get into Jon Hamm's pants -- with two of the biggest underwear companies on the planet hoping to win the affection of Jon's junk ... TMZ has learned.

The undie brands gunning for Jon's crotch are Fruit of the Loom and Jockey -- which both reached out to Hamm after reports surfaced that "Mad Men" producers asked Hamm to stop going commando on set because his dong was visible through his clothes.

TMZ has learned ... both companies have reached out to Hamm in the hopes of remedying the alleged problem ... with FREE UNDERWEAR FOR LIFE!!!

A rep for Jockey told us ... "Jockey would like to offer our support for Jon Hamm in the form of a lifetime supply of Jockey underwear. "

The Fruit of the Loom people also have a message for Jon -- "We want people to be themselves. And if going Commando makes you happy, we say go for it. But in case you change your mind, we got you covered."

For his part, Jon hasn't confirmed the commando rumors ... despite the fact that there are a TON of pics on the Internet of his moose knuckle in full swing. 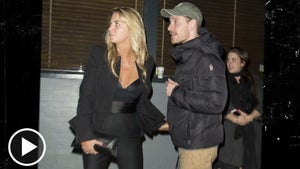 Michael Fassbender -- Too Much Man for One Woman?