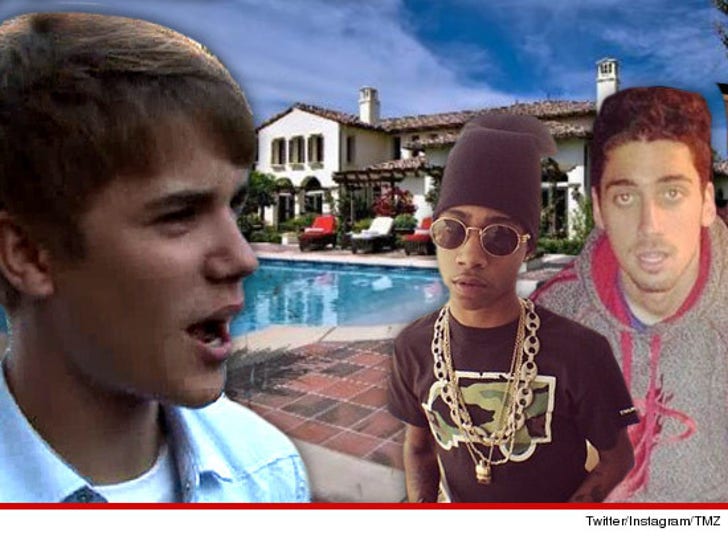 Justin Bieber may be a lousy neighbor, but he's an awesome friend ... especially if you don't have a place to crash and want to throw dozens of parties with hot chicks.

We've learned Justin has allowed 3 of his close friends to live in his Calabasas estate full-time -- Lil Twist, Kevin Pederson (aka King Kevi) and a third who wants to remain anonymous.

The trio lives there rent free, and they get a security guard to boot, even when Justin's away. They're also allowed to tool around in Justin's sweet rides.

We've learned the party animal is King Kevi, who has lived in the house for a month and has thrown 30 parties of varying sizes. The guest list is always lopsided, with way more chicks than dudes.

And, we're told, the dreaded sizzurp has turned up pretty regularly at the soirees, although they've scaled back since the whole Lil Wayne thing.