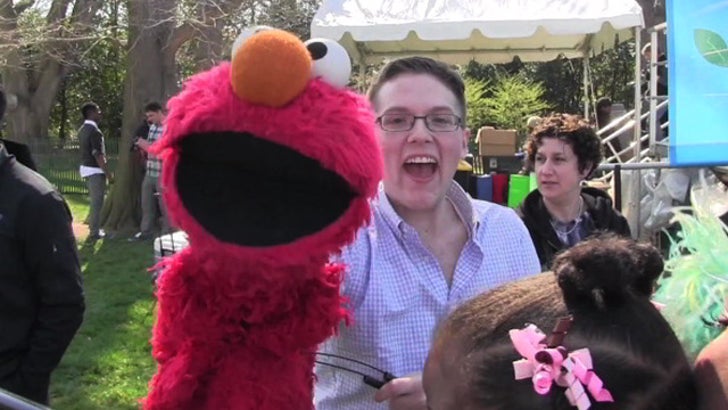 What's "Sesame Street" to do when the man who used to voice Elmo gets embroiled in an underage sex scandal? Find someone who is just as androgynous as Elmo to replace him.

TMZ was at the White House Easter Egg Roll today where the new person doing the voice of Elmo was there to entertain the children.

You have to wonder if the "Sesame Street" people made this choice on purpose ... since Kevin Clash, the guy who used voice Elmo, lost his job after accusations of underage sex with boys.

But don't get too attached to the new voice actor (or actress) ... a rep for Sesame Workshop tells us the puppeteer is just a temp ... because "no decision has been made for a permanent replacement as of yet."

Sorry for the confusion, dude.