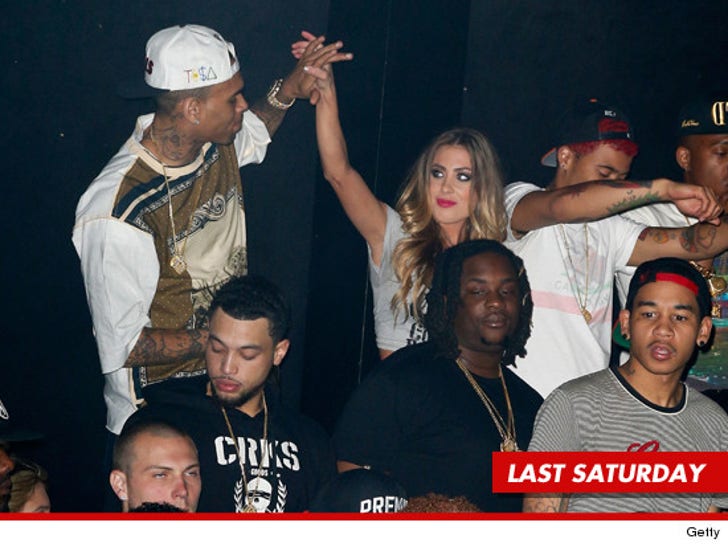 The mystery blonde who's been accused of destroying Chris Brown's relationship with Rihanna isn't exactly a threat ... because she says she prefers vanilla over chocolate.

22-year-old Keisha Kimball -- a waitress at L.A.'s Playhouse nightclub -- was photographed holding CB's hand last Saturday inside the club ... and now she's being blamed for Chris and Rihanna breaking up.

But Keisha tells TMZ, “I am always Chris’ waitress. I know him and am friends with his friends. Nothing has ever happened. I just work there. In the photos, he was handing me a bottle to drink out of. Of course people are going to twist it another way. I don’t go for black guys."

Keisha -- who says she's not racist ... it's just a dating preference -- adds, "Whatever is going on between Rihanna and Chris Brown is between them. I’m not trying to be a home wrecker."

And get this ... Keisha says CB is normally a great tipper, but last weekend he stiffed her ... in the gratuity department of course.

As for the CB/Rihanna breakup rumors ... our sources say they're true ... but it's nothing out of the ordinary for the on-again-off-again couple.

We're told Brown and Rihanna break up like this on a regular basis -- and things go back on track just as quickly as they derail.