The elderly couple tied up at gunpoint by a rampaging, cop-killing Christopher Dorner waited nearly 20 minutes for cops to arrive to their Big Bear cabin after calling 911 -- despite the fact they were across from the cops' weekend command center.

During the Feb. 12 call, Karen and Jim Reynolds positively ID'd Dorner as the man who tied them up ... giving the first real clue to the maniac's location in the midst of a nationwide manhunt.

Karen was still tied up when she managed to use a cell phone just minutes after Dorner split in the couple's SUV. She was uncannily calm ... at first ... especially given that the rampaging disgruntled ex-cop had just threatened them with a rifle, bound their hands, gagged them, put pillowcases on their heads and jacked their car.

But she starts to crack just five minutes in: "Are you sure someone's coming here?" she asks the dispatcher.

"I'm sure someone's going -- we have several units going out there ma'am," the dispatcher says, apologetically.

A few minutes later, Karen Reynolds seems irritated when she mentions that they are "right across from where the command center was all weekend."

Their ordeal goes on and on ... and on ... including a moment when Karen, still bound, falls to the ground and cries out in pain.

Dorner ultimately met his fate later that day ... when he shot himself in the head during a fiery shootout with cops at a nearby cabin. 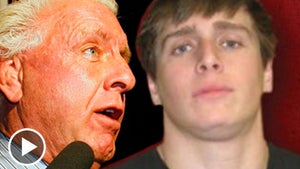