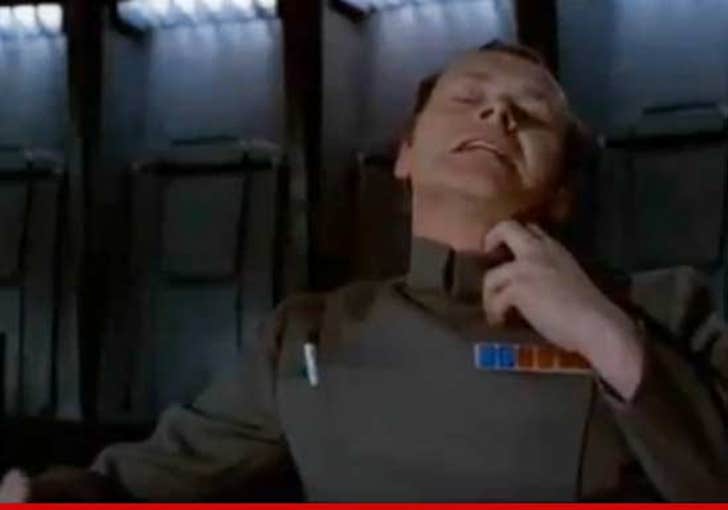 Richard LeParmentier -- the Empire goon who was famously Force-choked by Darth Vader in "Star Wars" -- has died at 66, TMZ has confirmed.

LeParmentier appeared in more than 50 films and TV shows, but he'll be best remembered as Admiral Motti, commander of the Death Star who mocks Vader's "sorcerer's ways" and "sad devotion to that ancient Jedi religion."

Vader finds his lack of faith disturbing, starts crushing his windpipe with the Force ... we've all seen it a hundred times ...

LeParmentier also played a police lieutenant in "Who Framed Roger Rabbit," and found steady work as a screenwriter for British TV.

Circumstances of Richard's death are unclear at this point.

He'd been married to British actress Sarah Douglas, who played the baddie Ursa in "Superman 11."