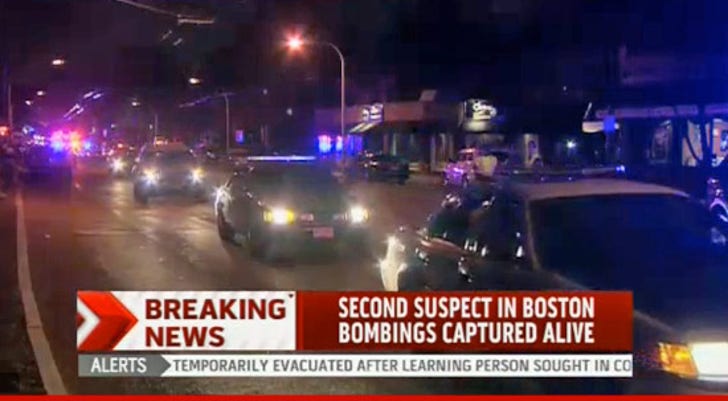 5:45 PM PT -- Police are reporting the suspect is now in custody.

Police are swarming to a Watertown, MA neighborhood where suspect #2 Dzhokhar Tsarnaev is believed to be cornered, and dozens of gunshots have been fired.

At least 20 to 30 shots rang out in the Boston suburb where police seem to have finally caught up with the 19-year-old Boston Marathon bombing suspect.

Police have been searching all day for Dzhokhar ever since the gun battle last night, also in Watertown ... in which his brother Tamerlan Tsarnaev was shot and killed.

According to TV reports ... Dzhokhar is still alive on a boat in a backyard, and surrounded by police.