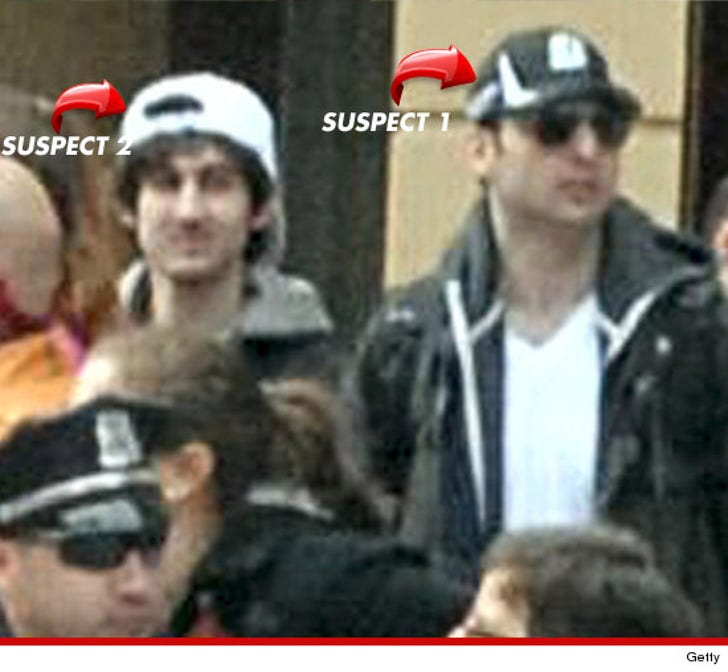 8:27 AM PT -- Cops say Dzhokhar is NOT holed up in the building in Watertown where cops were seen preparing for a firefight.

Just about every single university in the Boston area has been closed --- including Emerson and Boston College -- while authorities continue the hunt for Dzhokhar.

7:48 AM PT --
Cops have broken out guns and body armor and appear to be gearing up for some sort of tactical offensive in Watertown.

6:46 AM PT -- A YouTube page has been discovered that appears to have been created by the older brother Tamerlan several months ago.

The page contains links to several religious videos -- including one titled, "Allah Is the One" ... and another called, "Islam."

6:42 AM PT -- Cops believe the younger brother, Dzhokhar, may be armed with an assault rifle ... and is probably carrying explosives.

Cops have shot and killed one of the men suspected in the Boston Marathon bombing -- after a fierce gun battle in Watertown, Mass. ... and now officials are on the hunt for Suspect #2.

-- The suspects are brothers from Chechnya ... 26-year-old Tamerlan Tsarnaev and 19-year-old Dzhokhar Tsarnaev. They reportedly moved to the U.S. around 2002 and have been living here legally.

-- The brothers were located in Watertown, Mass. last night ... after they allegedly robbed a 7-11 store and hijacked a car. The driver of the car was unharmed.

-- The brothers then shot and killed a security officer on the M.I.T. campus -- and cops came racing to the scene.

-- A ferocious gun battle ensued ... with one witness saying at least 60 shots were fired ... and the brothers reportedly threw grenades at the cops. 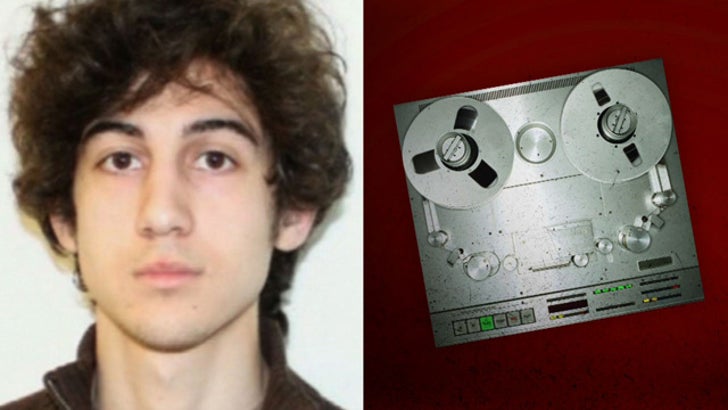 -- The older brother, Tamerlan, was killed in the shootout ... but Dzhokhar (pictured below) escaped. 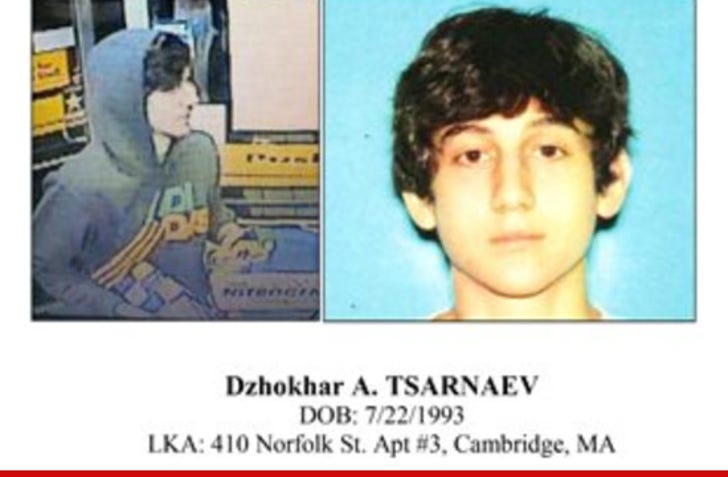 -- Cops believed Dzhokhar is armed and dangerous ... and has a bomb strapped to his chest.

-- Officials have launched an intense manhunt for Dzhokhar ... and have released a new picture of the 19-year-old. 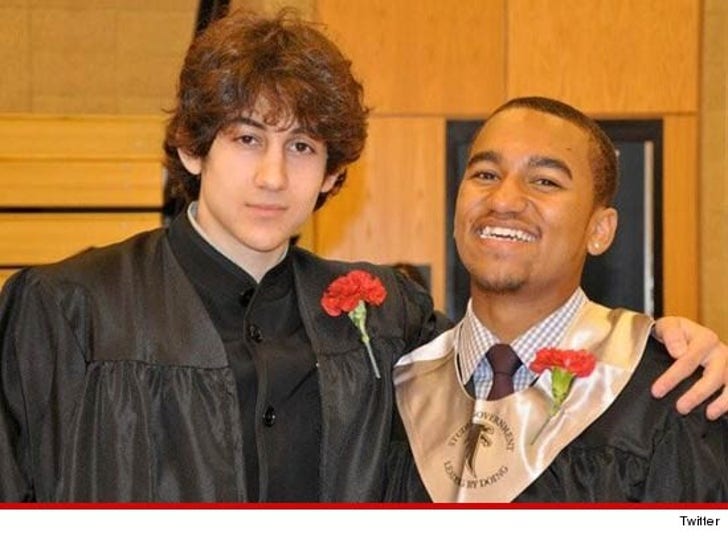 -- There are reports the older brother was a boxer who wanted to become part of the U.S. National Boxing Team.

-- At least one of the brothers went Cambridge Rindge and Latin School ... where Matt Damon and Ben Affleck went to school, according to reports.

The question now ... are these brothers -- who have presumably been Americanized and living in the U.S. for years -- considered domestic or foreign terrorists.

6:38 AM PT -- Police in Niagara Falls, N.Y., have pulled over a pair of Russian nationals this morning and reportedly have robot and bomb techs on the scene to investigate suspicious packages. It's unclear if there is a connection to the Boston Marathon bombing.

According to Buffalo television station WGRZ, the FBI has been notified and the joint terrorism task force is working with state police. 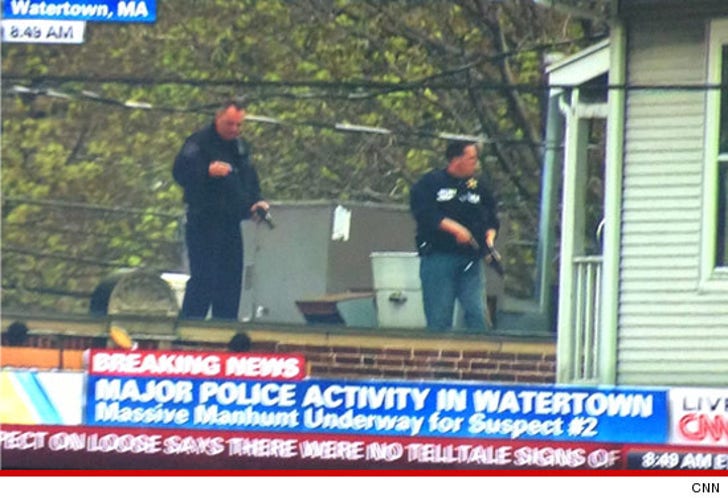