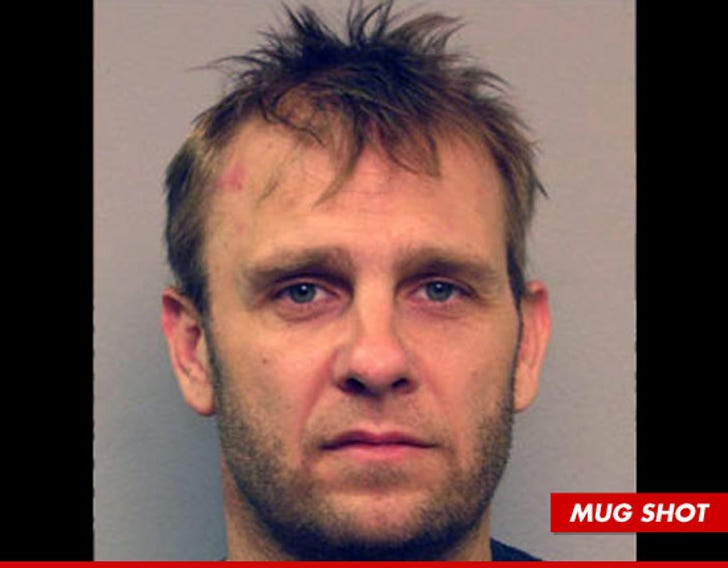 Todd Harrell, bassist for the group 3 Doors Down, was arrested late Friday night and charged with vehicular homicide following a deadly crash in Nashville, TN.

According to police, Harrell was driving at a high rate of speed when his car clipped a Ford pickup truck ... which then went out of control, struck a guardrail, traveled down an embankment and overturned.

Police say the driver of the pickup was not wearing a seatbelt. He was transferred to a nearby hospital, but was pronounced dead shortly after arrival.

Harrell showed signs of impairment during field sobriety tests and admitted to police he had been drinking hard cider and taking prescription Lortab (a painkiller) and Xanax.

While being booked at the jail, Davidson County Sheriff's deputies say they discovered a plastic bag in Harrell's sock that contained more Xanax pills along with Oxycodone and Oxymorphone pills.

Harrell was charged with vehicular homicide and bringing controlled substances into the jail and is being held on $100,000 bond.

Harrell was arrested last year for DUI ... an incident in which he also crashed into another vehicle.