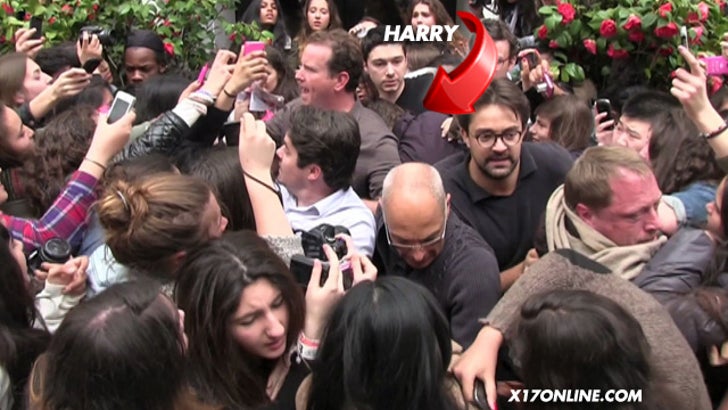 It's a miracle Harry Styles is alive ... because the One Direction singer was nearly crushed to death by a mob of screaming chicks in Paris yesterday.

We've said it before ... but seriously, these fan girls are insane -- Harry was leaving Hotel Amour without any decent security, and the screaming female crowd went ABSOLUTELY BANANAS.

The horde nearly swallowed him whole before he got to his car ... no kidding ... he even lost his beanie in the process. It's unbelievable.

Almost makes you feel bad for the guy. And by almost, we mean not at all. 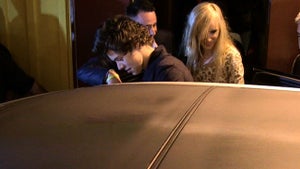