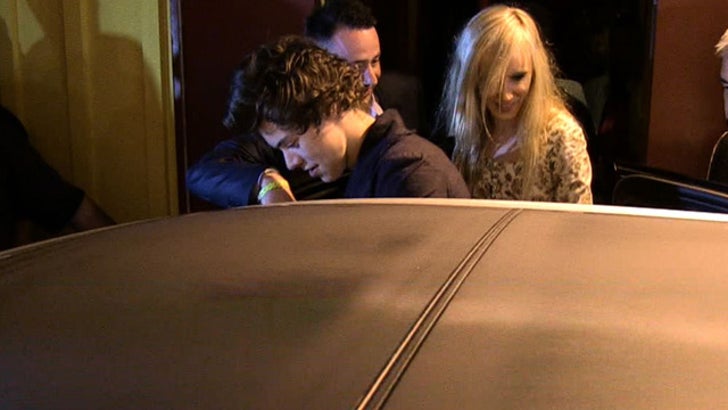 She's practically old enough to be his mom ... but that didn't stop Rod Stewart's daughter Kimberly from hopping into a car with Harry Styles last night after a romantic dinner in L.A..

There's been a lot of speculation that 19-year-old Harry has been dating the 33-year-old ... fresh off his breakup from Taylor Swift ... and it's clear from the video, something is definitely going on.

Harry and Kimberly joined Rod and his wife Penny for dinner at Dan Tana's -- and sources inside the restaurant tell TMZ, H&K were flirtatiously fooling around throughout the meal.

There are reports Harry was targeting Rod's 25-year-old daughter Ruby ... but our sources insist Kimberly was DEFINITELY the touchy one. FYI, Kimberly recently had a baby with Benicio Del Toro.