Lil Wayne has APOLOGIZED to the family of Emmett Till ... saying he's sorry their feelings were hurt when he compared the brutal killing of the civil rights icon ... to having rough sex with a woman for a rap song.

Weezy came under fire back in February over a verse he dropped on the song "Karate Chop" ... in which he said, "Pop a lot of pain pills, 'bout to put rims on my skateboard wheels ... beat that p***y up like Emmett Till."

Quick history lesson -- Till was 14 back in 1955 when he was beaten beyond recognition, shot and dumped in a river ... after he was accused of flirting with a white woman in Mississippi. His open-casket funeral and murder trial were early flashpoints in the civil rights movement.

Now, Wayne has kinda sorta obliged ... saying in a letter to the Till fam, "It has come to my attention that lyrics from my contribution to a fellow artist's song has deeply offended your family."

He continues, "I would like to take a moment to acknowledge your hurt, as well as the letter you sent to me via your attorneys."

Wayne does say, "As a father myself, I cannot imagine the pain that your family has had to endure."

He goes on to say he supports Epic Records' decision to remove the song from the web ... and that he'll never rap about Till again.

Wayne closes, "I have tremendous respect for those who paved the way for the liberty and opportunities that African-Americans currently enjoy." 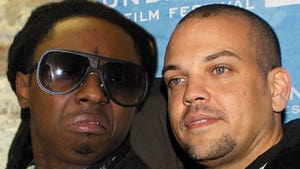 Lil Wayne -- No One's Taking My Crib and My Cars 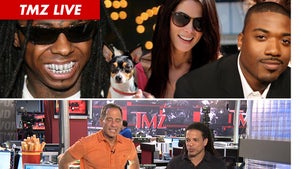