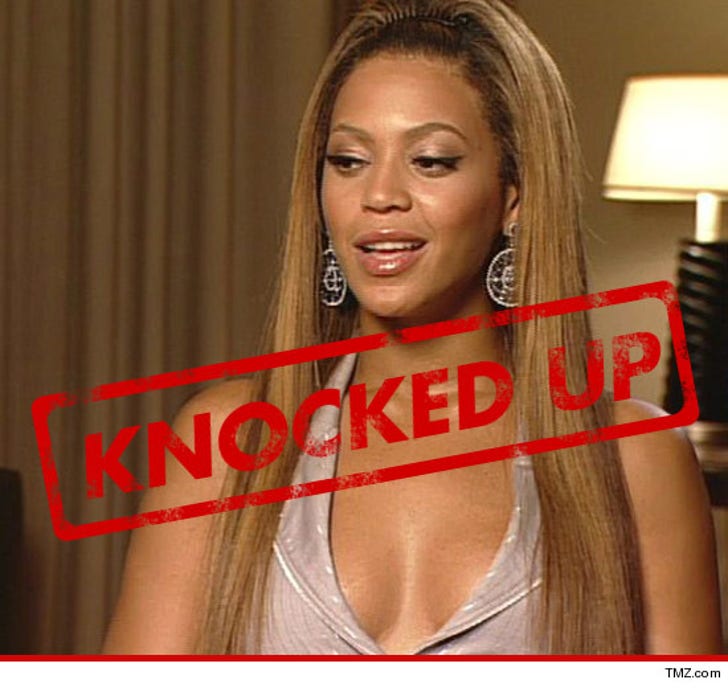 Seems the Beyonce preggo rumors are true-mors ... at least according to E!, which is now reporting the singer is knocked up with her second child.

The rumor mill had been in overdrive over the past week -- especially with Beyonce bailing on a concert in Belgium at the last minute due to "dehydration and exhaustion."

Everyone on the planet knows ... when a celeb drops the ol' "D&E" excuse, it's code for -- we're hiding something.

No word on when B and Jay-Z are dropping kid #2.

We called B's reps for comment -- so far, no word back ... however, Russell Simmons tweeted a congratulatory message to the couple ... and that guy's connected ... so, yeah.