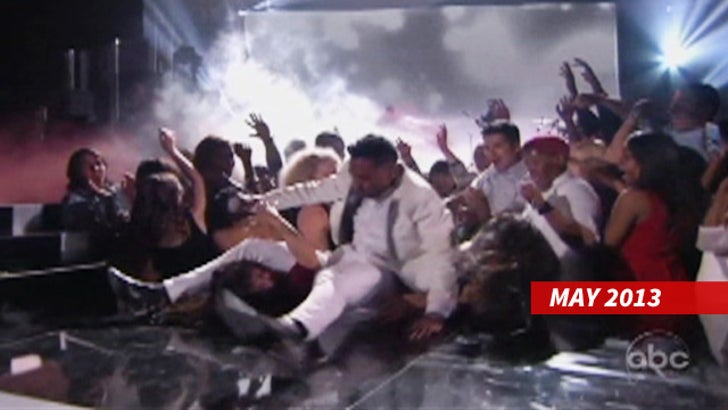 2:43 PM PT -- Yeeeah, BROTHER -- Hulk Hogan has officially weighed in on the leg drop heard 'round the world, saying ... "MIGUELAMANIA at least he did it right brother."

Miguel was TRYING to jump from the stage to a platform ... but he missed ... and instead, a fan got ROCKED with a BRUTAL (yet accidental) LEG DROP TO THE FACE!!!!!

It all went down during M's performance at the Billboard Music Awards last night when the singer was performing his hit, "Adorn" ... which, minus the face-bashing, was pretty damn good.

After the performance, Miguel met with the fan backstage and tweeted about the leg drop -- "Got caught up in the moment, thank goodness Khyati is okay."

Meantime, here's what a REAL leg drop looks like ... 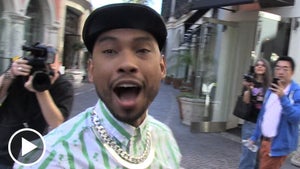