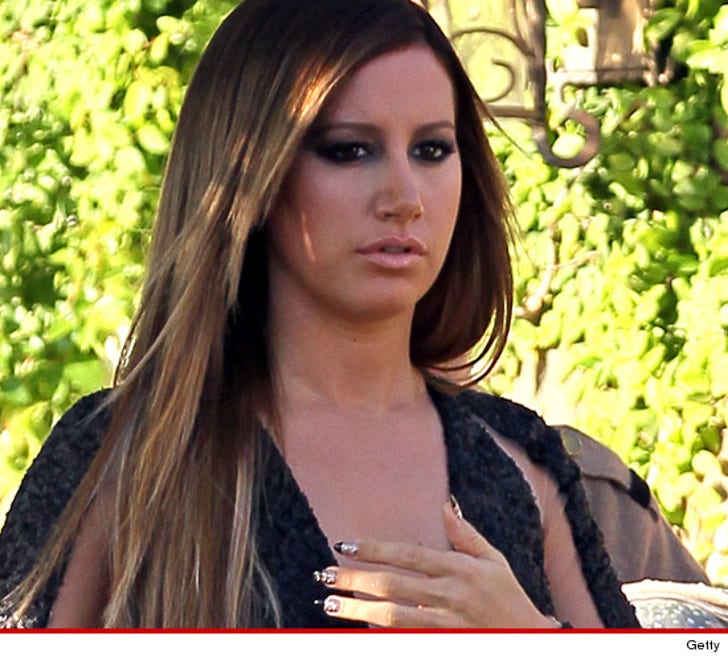 Ashley Tisdale says her obsessed stalker has threatened to SHOOT her and her BF ... and she fears he's crazy enough to go through with it, this according to court docs obtained by TMZ.

Tisdale was just granted a temporary restraining order against Nicholas Fiore -- the fan who allegedly hammered Tisdale with more than 18,000 tweets since 2012.

In her request for the order, filed in L.A. County Superior Court, Tisdale says Fiore is delusional and dangerous -- and has already shown up to her L.A. home on two occasions.

In fact, Tisdale says Fiore once attempted to gain access to her home by pretending to be a delivery man.

But the most frightening part ... Tisdale claims Fiore has been tweeting song lyrics at her that reference guns -- which she is interpreting as threats he'll shoot her and her BF.

In the docs, Ashley begs the court to force Fiore to stay at least 5,000 yards away from her at all times -- fearing, "If an immediate order is not granted ... [Fiore] will attempt to cause or cause severe bodily harm to myself and my boyfriend."

Just last week, the judge approved the temporary restraining order ... but it only requires Fiore to stay 100 yards away ... 4,900 yards shy of Ashley's request.

A hearing on the matter is set for June 5th.