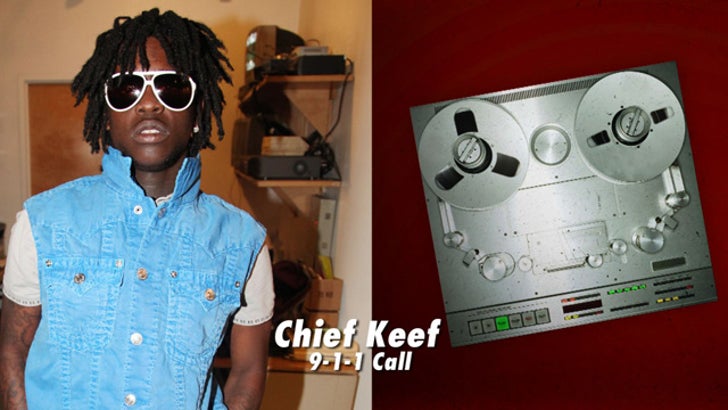 This. Is. HILARIOUS ... the squarest hotel security guy ever called 911 on Chief Keef yesterday to report that the rapper and some of his black friends were "rolling marijuana" inside their hotel room, and TMZ has the audio.

The call was made from a concerned security guard at the Le Meridien Atlanta Perimeter Hotel in Georgia who happened to stumble upon a bunch of nice hotel guests who happened to be partaking in some dope smoking.

During the call, the security guy alerts the 911 operator to "a bunch of gentlemen rolling marijuana and smoking ... all in the room ... the room's filled with smoke."

The security guard seems astonished ... because, "I announced myself as 'security' and they let me in the room AS IF IT DOESN'T EVEN MATTER!"

The guy also warns 911 to send cops to the scene ASAP because he feared "those guys may just bolt."

He clearly doesn't understand stoners ... they're not really known for "bolting" anywhere.

Eventually, cops arrived to the room and arrested 17-year-old Chief Keef for the weed ... all thanks to the heroic actions of one really square hotel security guard.

One last thing ... did he really need to call 911? Or couldn't he just have asked the guy to stop smoking? Hmmmmm.