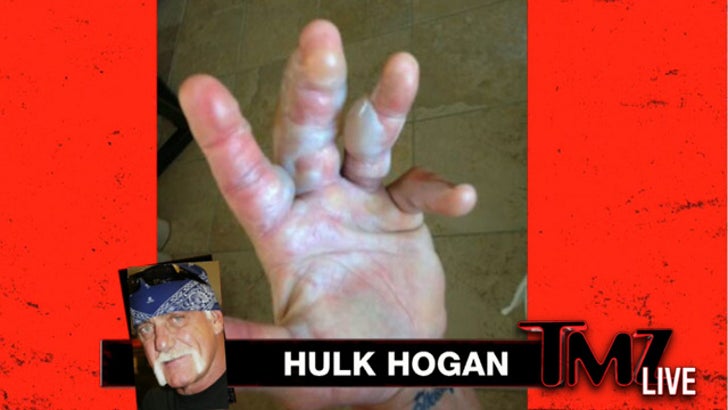 Forget "Mr. Nanny" ... or "Suburban Commando" ... Hulk Hogan tells us, burning his hand last weekend was by far the dumbest thing he's ever done in his life.

We posted the gnarly photos over the weekend showing Hulk's injuries -- but the wrestling legend has never explained what happened ... until now.

Hulk called in to "TMZ Live" today, telling us the accident occurred Sunday when his speedboat overheated. Hulk says he tried to be a badass and tried to hit the radiator release valve with his bare hands, and the radiator cap popped off ... burning the bejesus out of his hand.

In the words of Hulk, "It was the dumbest thing I've ever done."

You gotta listen ... it's hilarious.