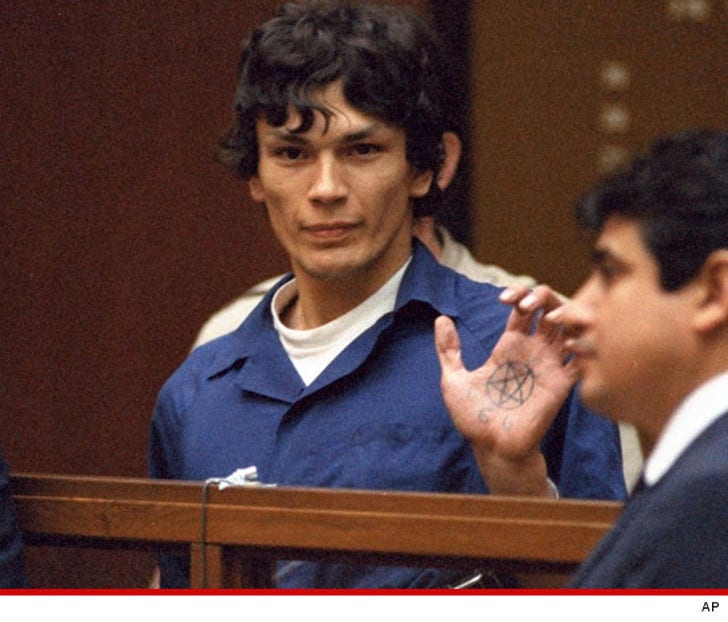 Richard Ramirez -- aka The Night Stalker -- who went on a rape-murder spree in Los Angeles in the mid-80s and terrorized the entire city -- is dead at 53 ... but we're getting conflicting info on the cause.

Ramirez killed at least 13 people and attempted 5 more ... by climbing in the windows of homes. He also committed 11 sexual assaults, and probably more.

Ramirez was convicted and sentenced to death in 1989, and sat on San Quentin's death row ever since. The death sentence was not carried out because of endless appeals.

A San Quentin spokesperson reportedly says Ramirez died of natural causes ... HOWEVER ... a prison official told TMZ ... the murderer died from Hepatitis C, which some doctors say can be transmitted through sexual contact. Hep C is verifiably contracted through IV drug use and blood transfusions. 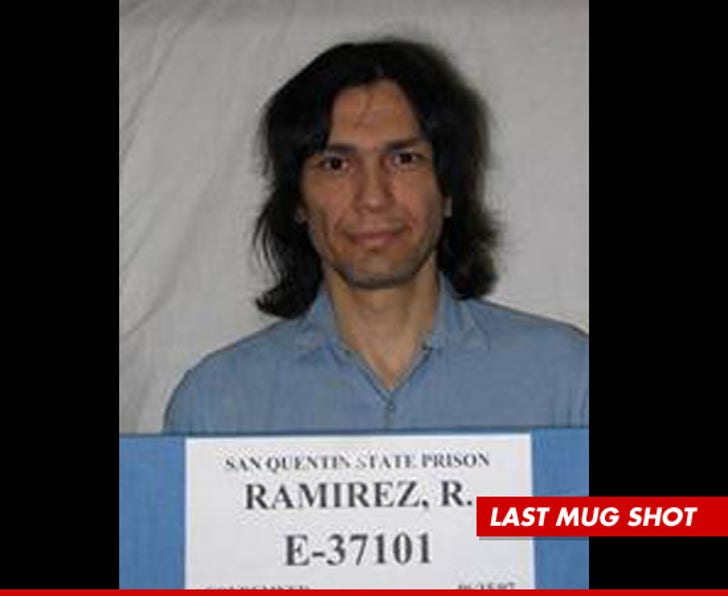 The Night Stalker's crimes were particularly heinous ... he killed people as young as 9 and as old as 83.

On July 20, 1985 ... he murdered another man -- and forced the victim's wife to perform oral sex on him. The wife survived the attack.

On August 25, 1985, he committed yet another crime -- shooting a man in the head and raping the victim's fiancee ... only this time, he made her swear her love for Satan during the attack. The man, Bill Carns,miraculously survived the attack.

Eventually, cops were able to obtain a fingerprint -- and released a mug shot of Ramirez to the public. He was captured days later, when an angry mob in East L.A. found him trying to steal a car ... and beat him within an inch of his life.

When Ramirez appeared in court, he famously flashed an image of a pentagram that was tattooed on his palm.

In short -- he was one of the absolute worst people to ever walk the Earth. 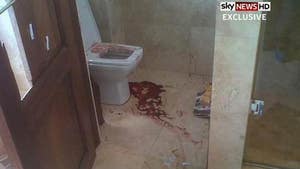 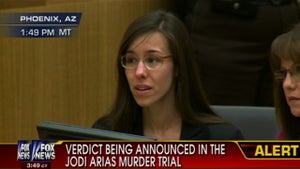 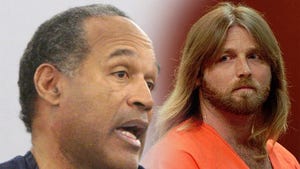