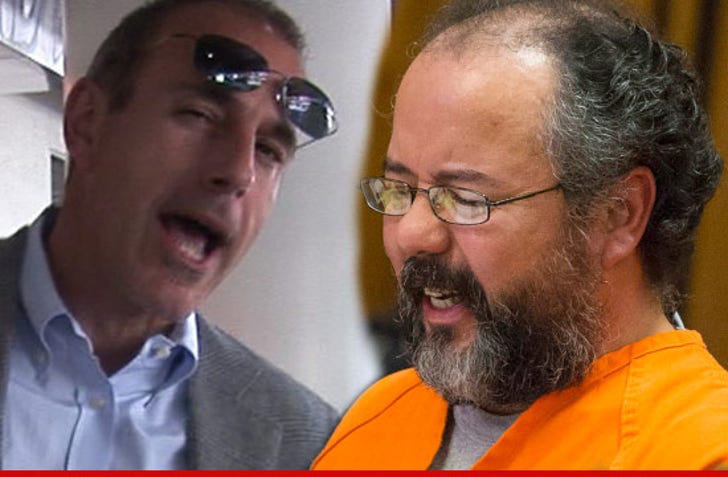 Ohio rapist kidnapper Ariel Castro is the new Lindsay Lohan ... at least in Matt Lauer's eyes -- because the "Today" host has been turned away from interviewing him, TMZ has learned.

Law enforcement sources tell us, Matt and his crew showed up Friday morning at the Cuyahoga County justice center in Cleveland -- where Castro is being held -- but sheriff's deputies turned him away because the media was persona non grata.

It wasn't Castro's choice -- we're told Lauer's timing was just off. In fact, sources at the jail tell TMZ ... when Lauer walked in to the jail, he made it seem as if the interview was prearranged -- something to the effect of, "I'm here to interview Ariel Castro."

It's the second time Lauer's been turned away from a major interview -- back in 2011, Lindsay Lohan shut Matt down at her front door.